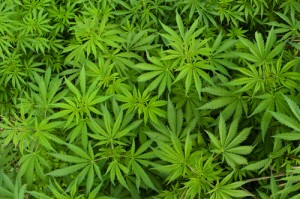 The U.S. Supreme Court has refused to hear a challenge to the constitutionality of a mandatory life sentence without parole for possessing a small amount of marijuana.

Lee Carroll Brooker, a 75-year-old disabled veteran, is serving a life sentence in an Alabama prison for growing three dozen marijuana plants for his own medicinal use behind his son’s home in Dothan, Ala., the New York Times’ Taking Note blog reports.

Under Alabama law, anyone with certain prior felony convictions must receive a life sentence without parole for possessing more than 1 kilogram, or 2.2 pounds of marijuana.

Brooker had been convicted of several armed robberies two decades ago in Florida, for which he had served ten years in prison. The marijuana plants he was convicted of growing weighed nearly three pounds, stems and all.

At his sentencing, the trial judge told Brooker he would have given him a shorter sentence if he could. His conviction and sentence were upheld last year by the Alabama Supreme Court, though Chief Justice Roy Moore called the sentence “excessive and unjustified,” and said it revealed grave flaws in the law.

Brooker’s appeal argued that his sentence violated the Eighth Amendment ban on cruel and unusual punishment. But the court, without comment, declined to hear it.