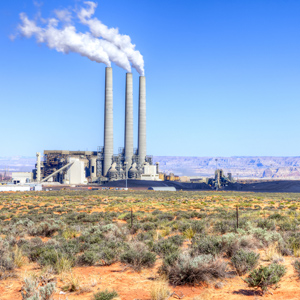 The U.S. Supreme Court has ruled 5-4 that the Environmental Protection Agency should have considered costs when it decided to regulate toxic air pollution from coal- and oil-fired power plants.

Justice Antonin Scalia wrote the majority decision (PDF). According to the New York Times, the decision “blocked one of the Obama administration’s most ambitious environmental initiatives, one meant to limit emissions of mercury and other toxic pollutants from coal-fired power plants.”

The Washington Post, however, says “the decision’s immediate impact could be muted” because many utilities had already take steps to comply with the regulations.

At issue was a Clean Air Act provision that required EPA regulation of hazardous emissions from power plants when “appropriate and necessary.”

“Read naturally in the present context,” Scalia wrote, “the phrase ‘appropriate and necessary’ requires at least some attention to cost. One would not say that it is even rational, never mind ‘appropriate,’ to impose billions of dollars in economic costs in return for a few dollars in health or environmental benefits.”

Cost must be considered, Scalia said, before deciding whether regulation is appropriate an necessary.

Scalia said the court was not holding that a formal cost-benefit analysis was required. “It will be up to the agency to decide (as always, within the limits of reasonable interpretation) how to account for cost,” he wrote.

A dissent by Justice Elena Kagan argued that the EPA did take cost into account—at later stages of the regulatory process. “Over more than a decade, EPA took costs into account at multiple stages and through multiple means,” Kagan wrote.