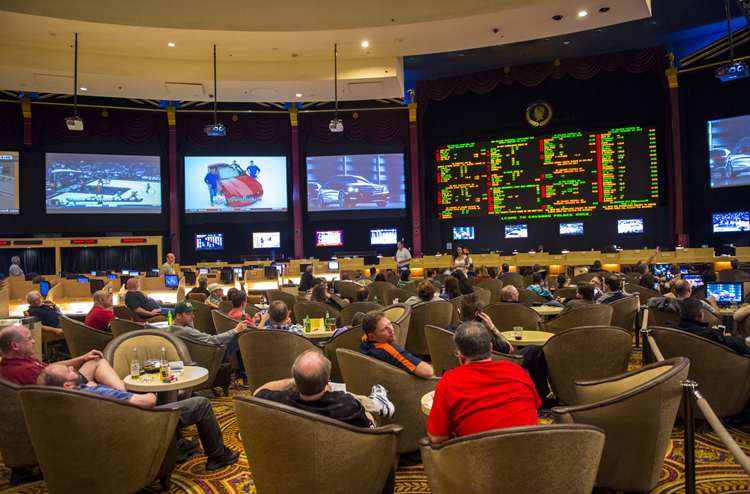 The U.S. Supreme Court on Monday struck down a federal law that bars states from authorizing sports betting.

The court ruled that the law violates the principle of dual sovereignty by commandeering the states. Congress can regulate sports gambling directly, but if it doesn’t do so, states are free to legalize it, Justice Samuel A. Alito Jr. wrote in the majority opinion.

Though the case involved New Jersey’s attempt to authorize sports betting, other states are expected to try to follow its lead, the Washington Post reports.

The law at issue was the Professional and Amateur Sports Protection Act. It allowed live sports betting only in Nevada casinos, and had grandfather provisions for the three states that hosted sports lotteries or allowed sports pools. The law also allowed New Jersey to legalize sports gambling in Atlantic City, but only within a one-year window. New Jersey did not act within that time period, but lawmakers changed their mind and authorized sports gambling in 2012.

The National Collegiate Athletic Association and other sports organizations sought to enjoin the New Jersey law. The state had argued the federal law violated anti-comandeering principles that prevent the federal government regulating state lawmaking power. The Philadelphia-based 3rd U.S. Circuit Court of Appeals ruled in 2016 that the principle isn’t violated because the law doesn’t command states to take affirmative actions.

Alito said the law “unequivocally dictates what a state legislature may or may not do” and it was a violation of state sovereignty.

“State legislatures are put under the direct control of Congress,” Alito wrote. “It is as if federal officers were installed in state legislative chambers and were armed with the authority to stop legislators from voting on any offending proposals. A more direct affront to state sovereignty is not easy to imagine.”

The court ruled the law must fall in its entirety. Thomas agreed and in a concurrence questioned precedent allowing courts to sever a part of a law as unconstitutional, leaving the rest of the law in place. Thomas argued that such precedent conflicts with limits on judicial power and should at some point be reconsidered.

In her dissent, Ruth Bader Ginsburg said that, even if it is unconstitutional to prevent states from changing their laws, a second part of the federal law—that says states and private parties can’t operate sports gambling schemes—should be upheld.

There is “no cause to deploy a wrecking ball” destroying the law in its entirety, she said.

The case is Murphy v. National Collegiate Athletic Association. The cert petition had said the case could affect the power of the states to authorize private conduct currently banned by state law, including recreational use of marijuana, carrying concealed firearms and working on Sundays.

SCOTUSblog, the National Law Journal, Politico and USA Today have news coverage of the opinion.