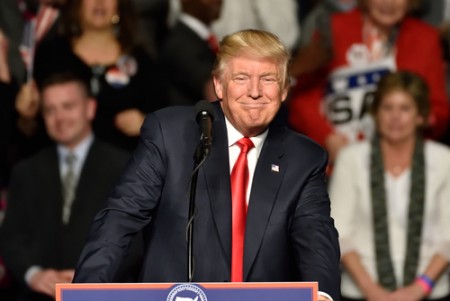 The U.S. Supreme Court on Monday agreed to consider challenges to President Donald Trump’s revised, temporary ban on travel to the United States by people from six Muslim-majority countries.

The court also partly lifted an injunction that prevented the travel ban from taking effect by differentiating between those who have a relationship with the United States and those who do not.

The government can’t enforce the ban against those with “a credible claim of a bona fide relationship” with a person or entity in the United States, but it can use the ban to keep people out of the country who lack such a relationship, the Supreme Court said in a per curiam decision.

Lower courts that had granted the injunction had reasoned the travel ban imposed burdens on people who had family members in the United States or who were admitted to U.S. universities, the Supreme Court said. Yet the injunctions issued were more far-reaching and barred enforcement of the travel ban against foreign nationals with no U.S. connection at all, the Supreme Court said.

Any burdens against foreign nationals with no connection to the United States “are, at a minimum, a good deal less concrete than the hardships identified by the courts below,” the Supreme Court said.

In a partial dissent, Justice Clarence Thomas said he believed the partial lifting of the injunction was “unworkable” and the full travel ban should be allowed to take effect. Justices Samuel Anthony Alito Jr. and Neil M. Gorsuch joined Thomas’ opinion.

Thomas said the partial injunction will burden executive branch officials who will have to decide which immigrants may enter the United States. He also said the court’s compromise “will invite a flood of litigation.”

Trump has said his revised ban will take effect 72 hours after approval by the courts. The Supreme Court indicated it will consider whether the challenge became moot on the original date the travel ban was to expire.

Trump said in a statement on Monday that the decision is “a clear victory for our national security.”