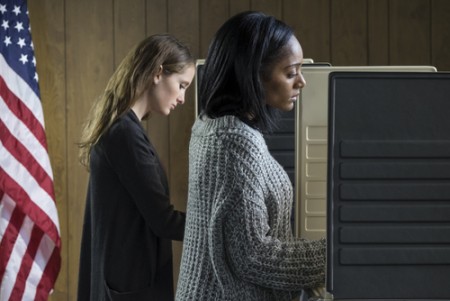 The U.S. Supreme Court on Tuesday agreed to decide the fate of an Ohio law that removes voters from registration rolls if they don’t vote for six years and don’t respond to a notice sent by the state.

Under the Ohio process, voters who haven’t cast a ballot in two years get a notice from the state asking them to verify they are eligible to vote. Those who don’t respond and then don’t vote in the next four years are kicked off the rolls.

The groups challenging the law are an African-American labor organization, a homeless advocacy group and a man who was improperly removed from the voter rolls, according to the Wall Street Journal. The American Civil Liberties Union of Ohio is helping represent the plaintiffs.

The challengers argue the law is more likely to affect minorities and poor people who tend to vote Democratic, Reuters reports. Its analysis found that in Ohio’s three largest counties, voters in Democratic-leaning neighborhoods were removed from the rolls at about twice the rate as in Republican neighborhoods.

Ohio Secretary of State Jon Husted says that, while he was in office, the Ohio process removed 560,000 deceased state residents from the rolls and achieved “the resolution of more than 1.65 million voters who were registered more than once.”