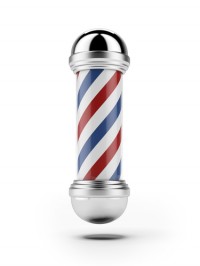 A SWAT-like raid by police who were searching for barbers’ license violations constituted an unlawful search in violation of the Fourth Amendment, a federal appeals court says.

In a Sept. 16 opinion, the Atlanta-based 11th U.S. Circuit Court of Appeals ruled on behalf of the owner of Strictly Skillz barber shop in Orange County, Florida, and other barbers who worked there. The appeals court said the defendants, two Orange County officers, did not have qualified immunity and were not entitled to summary judgment. The Orlando Sentinel, the Daily Business Review and Courthouse News Service have stories.

The raid of Strictly Skillz was among several sweeps of Florida barbershops that served primarily African-American and Hispanic clients, the opinion (PDF) said. “It was a scene right out of a Hollywood movie,” the opinion began. “On Aug. 21, 2010, after more than a month of planning, teams from the Orange County Sheriff’s Office descended on multiple target locations. They blocked the entrances and exits to the parking lots so no one could leave and no one could enter. With some team members dressed in ballistic vests and masks, and with guns drawn, the deputies rushed into their target destinations, handcuffed the stunned occupants—and demanded to see their barbers’ licenses.”

Two days before the raid, inspectors had visited Strictly Skillz, which “passed inspection without any problems whatsoever,” the opinion says. Reciting the evidence in a light most favorable to plaintiffs, the court said that on the day of the raid, police rushed in to Strictly Skillz like a SWAT team, ordering customers to leave and handcuffing barbers with plastic zip ties. When the owner arrived, he was also patted down and handcuffed.

When one of the barbers said he had done nothing wrong, one of the officers allegedly said, “It’s a pretty big book, I’m pretty sure I can find something in here to take you to jail for.” No violations were found, however.

The 11th Circuit noted that warrantless inspections of closely regulated industries are allowed, if certain factors are present. But such administrative inspections must be “‘appropriately limited’ in both scope and execution,” the opinion said.

The 11th Circuit said it agreed with the plaintiffs that the police did not meet Fourth Amendment standards of reasonableness. “Because we have twice held, on facts disturbingly similar to those presented here, that a criminal raid executed under the guise of an administrative inspection is constitutionally unreasonable, we agree” with the plaintiffs, the court said.

“Today we repeat that same message once again. We hope that the third time will be the charm.”

A partial dissenter would have allowed qualified immunity for one of the two officers. The case is Berry v. Leslie.