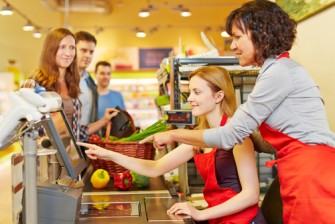 Life may soon be easier for a number of California workers who find it difficult to be on their feet all day.

At the request of a federal appeals court, California’s top court has interpreted a state wage order requiring that “all working employees shall be provided with suitable seats when the nature of the work reasonably permits the use of seats.”

And its Monday unanimous opinion (PDF) in three consolidated cases suggests that an available chair should be a given, even if a worker doesn’t need it, unless there is good reason to require the worker to stand.

Further, “if the tasks being performed at a given location reasonably permit sitting, and provision of a seat would not interfere with performance of any other tasks that may require standing, a seat is called for.”

The court also put the burden on the employer of proving “unavailability,” if no seat is provided.

“There is no principled reason for denying an employee a seat when he spends a substantial part of his workday at a single location performing tasks that could reasonably be done while seated, merely because his job duties include other tasks that must be done standing,” wrote Justice Carol Corrigan, who authored the opinion.

Counsel for the defendant employers, CVS Pharmacy Inc., JPMorgan Chase Bank and Wal-Mart Stores Inc., could not immediately be reached for comment by the Los Angeles Times (sub. req.).

Attorney Michael Rubin represents plaintiff workers in both the state and federal court cases and predicted that today’s ruling would have a “huge impact,” especially on retailers who routinely expect workers to stand at cash registers.

Ironically, there has been an effort in recent years by some workers, including lawyers, to stand while working instead of sitting all day, but this opinion doesn’t hurt their cause, Rubin said.

“This isn’t forcing someone to sit rather than stand,” he told the Times. “It is making seating available for workers to use when they chose to.”