If you step away from your legal tasks to learn tech, you'll stop wasting time at work 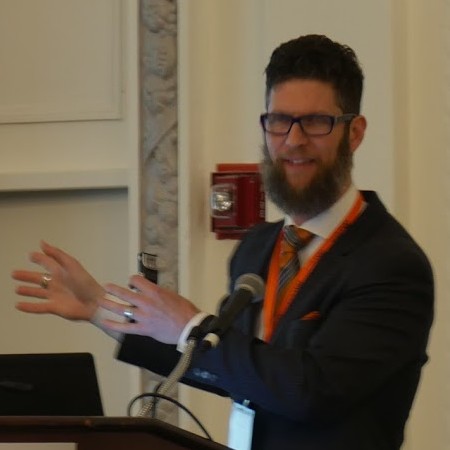 Patrick Palace, a lawyer based in University Park, Washington.

Bergman, a graduate of Villanova University’s Lean Six Sigma Program, gave attendees a crash course in Lean Six Sigma concepts and how they can apply to law firms, while Palace provided examples of software and tools that can help lawyers be more efficient and productive.

But first, they advised that lawyers do something that they are often wont to do. “You have to take the time to actually implement your strategies,” Bergman said. “And when you’re a lawyer, finding time can be incredibly difficult.”

Palace agreed. “If you want to retool your firm and head toward the future where you can be competitive and efficient, then you have to do this one thing first: Stop practicing law.”

Instead, Bergman suggested that lawyers carve out some time now so that they can save time later on. Bergman pointed out that lots of time gets wasted every day on things that could be fixed with technology. For instance, lawyers lose precious time by making unnecessary copies, having too many files at their desks, overdoing legal research or dealing with antiquated technology, among other things. She said that lawyers should also be sure that they meet their clients’ expectations and not waste time by performing tasks that are unnecessary or superfluous to their matters.

“Giving someone a filet mignon when they just wanted a burger is wasteful,” Bergman said. “You’re doing more than what a client wanted. Instead, you should be listening to what your client wants and find out what they actually value.”

Palace then provided some tips on what kinds of software and tools lawyers could use to solve those problems. He recommended Trello, a workflow tool that takes the place of the traditional sticky-notes-on-a-whiteboard system. For intraoffice communications, Palace noted that Slack is more efficient then email and is good for group chats, as well as more private communications. When it came to practice management software, he sympathized with those in the audience who might be overwhelmed by the Techshow Expo Hall where every company seemingly has an all-in-one solution. Instead, he advised attendees, especially those on a budget, to look at cost, simplicity and third-party integration capabilities, noting that Clio is the leader when it comes to integrations.

Palace also pointed out that lawyers shouldn’t just look to tech as a means of making their practices better. “Don’t be afraid to create new jobs,” said Palace, pointing out that he created a project manager job at his firm. “You may have tasks in your office and, to get them done, you might have to create a job. Just because it doesn’t exist in the office, doesn’t mean you can’t create it.”