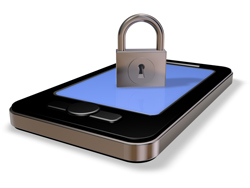 Maryland corrections officials recently adopted technology that blocks contraband cellphone use at one prison facility and plan to use the technology at other facilities soon.

The technology kicks smuggled cellphones off the facility’s network, the Baltimore Sun reports, but allows calls made by phones on an approved list, as well as 911 calls, to go through. In May, the Federal Communications Commission published a notice of proposed rule making (PDF) regarding contraband cellphone use in correctional facilities. It notes that the commission does not allow “radio signal jamming,” which block all wireless communications on affected spectrum bands.

Maryland awarded Tecore Networks $2 million to test and run the system for three years at the Metropolitan Transition Center. The pilot program ended in April, according to the article, and is now working full-time. Corrections officials there say that gang members smuggling in phones has been a significant problem statewide.