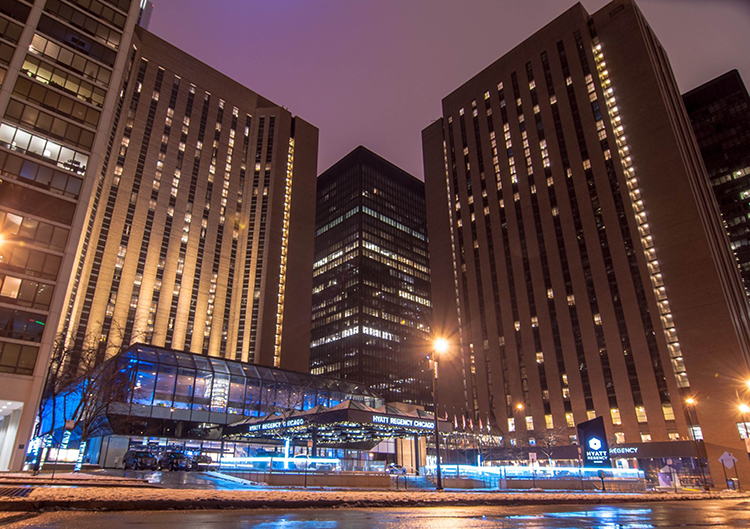 The in-person events during Techshow will take place at the Hyatt Regency Chicago. Photo courtesy of World of Hyatt.

The planners of the ABA Techshow 2022 say they are thrilled that the in-person elements of the annual conference in Chicago, including a live expo hall, will return after last year's all-virtual event.

Techshow, which is scheduled to run from March 2-5 at the Hyatt Regency Chicago, will also contain virtual sessions for attendees who can’t make the trip.

In that vein, the main themes of this year’s show will be “community and opportunity,” as a nod to the way COVID-19 has impacted the lives of attendees and disrupted the legal industry.

“Coming off of a period of isolation, maintaining a community even from a distance is important,” says Ivan Hemmans, co-chair of the Techshow planning board. “And there are many opportunities that we now have that we didn’t have before just because of the way the world has developed.” 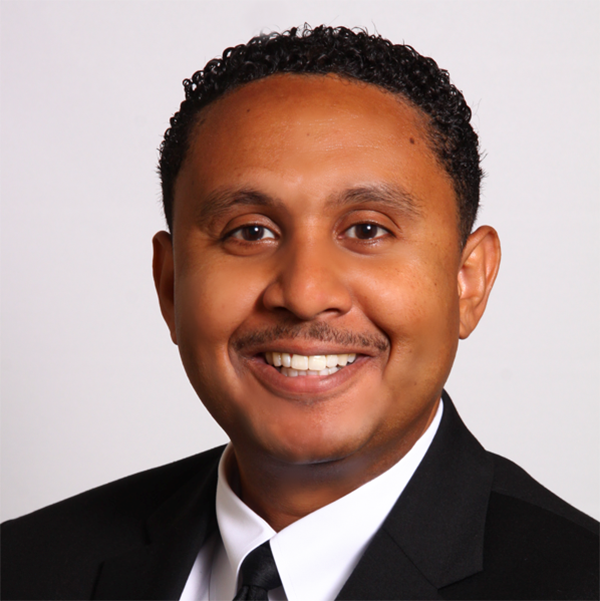 Ivan Hemmans is co-chair of the Techshow planning board.

Hemmans, senior manager of technical development at O’Melveny & Myers, says he is hopeful the pent-up demand for in-person events will draw a large crowd to Chicago.

He and planning board co-chair Brooke Moore say they are also excited to offer the opportunity to participate in the show virtually to those who can’t come for financial, logistical, health or other reasons.

“I think it’s a really good way to generate new attendees and get more people exposed to the actual show,” says Moore, the legal editor for Legal Templates LLC and founding attorney of MyVirtual.Lawyer.

There are a variety of registration options available starting as low as $15 for an expo-hall-only pass.

Programming is clustered around five themes

For those attending in-person, there will be five programming tracks: Design, Launch, Grow, Sustain and Transform.

Hemmans says no matter where a lawyer or technologist is on their professional journey, those five themes are ones they will experience in a continuous circle of sorts. He gave the example of an attorney starting a small law firm.

“You design your approach, you launch your firm, you grow it,” Hemmans said. “Then after you’ve experienced that growth, you aim to sustain the growth that you’ve developed. And then you look for opportunities to transform and perhaps go to the next level up, where you begin the process again.”

The planning board has also added Saturday workshops around the themes of the five in-person tracks for those attendees wanting to take what they learned and brainstorm action steps for when they return from the conference. 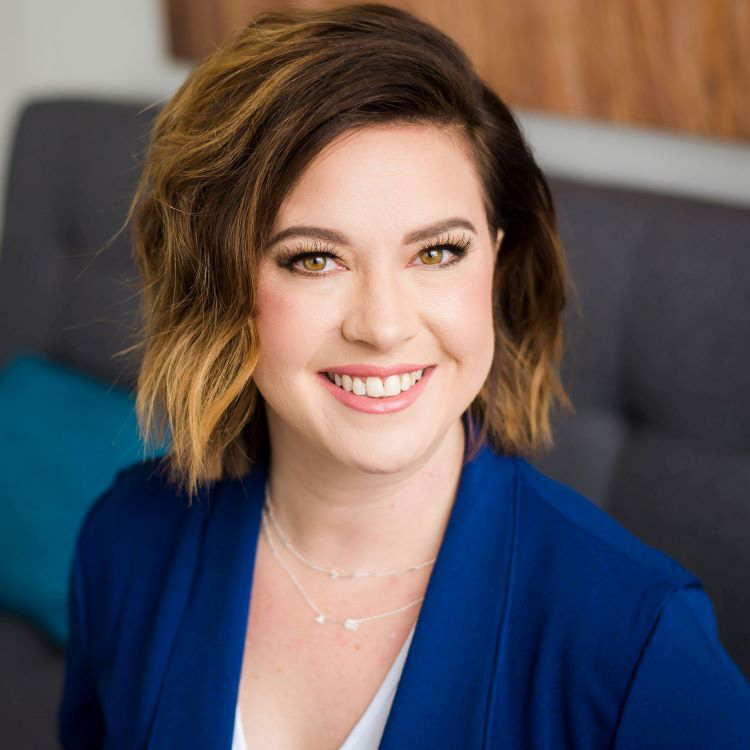 Brooke Moore is co-chair of the Techshow planning board.

“It’s a way to really piece together everything that you’ve learned during the week and figure out how you can specifically implement that in practice and take that back home with you,” Moore says.

Moore says another new wrinkle is that rather than have separate tracks for topics such as well-being or access to justice, the speakers during the show’s educational sessions have been encouraged to work those two topics and diversity and inclusion into their remarks where possible.

The in-person proceedings will kick off Wednesday night with the Startup Alley Pitch Competition featuring 15 contestants.

Meanwhile, there will be two completely virtual tracks: Core Concepts and Virtually Everything. They will feature more than 20 combined pre-recorded sessions, including some with live Q&As afterward. The sessions will also be available on-demand for the month of March for both virtual and in-person attendees.

Additionally, the keynote speech on Friday, March 4, and the popular “60 in 60” concluding session on Saturday, March 5, will be simulcast. 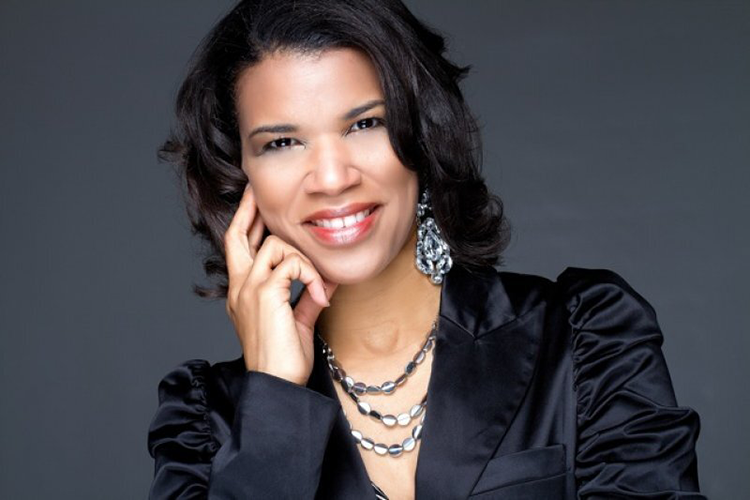 Kemba Smith Pradia, an advocate for criminal justice reform, will deliver the keynote address at Techshow.

This year’s keynote speaker will be Kemba Smith Pradia, an advocate for criminal justice reform who has previously consulted the White House and the United Nations about the issue.

Her advocacy is shaped by her own experience of being sentenced to 24.5 years in federal prison and later having her sentence commuted by President Bill Clinton after she had served 6.5 years for conspiracy to participate in her boyfriend’s drug activities. Smith Pradia is known as the “poster child” for sentencing reform for first-time, non-violent drug offenders and is the author of the book Poster Child: The Kemba Smith Story.

Moore says she is hopeful Smith Pradia, who is not a lawyer or a technologist, will motivate Techshow attendees to think about how to use their own experiences to create change and improve processes within their areas of law and technology.

Smith Pradia tells the ABA Journal she plans to focus some of her remarks on the need for greater transparency with data in court systems, as well as data about formerly incarcerated people.

“This data is data that can be used as a part of state advocacy initiatives across the country revolving around criminal justice reform,” she says.

Smith Pradia, who previously served on the Virginia Parole Board and Virginia Criminal Sentencing Commission, also plans to urge Techshow attendees to join the community that has developed to advance criminal justice reform.

“Hopefully even if you’re in family law, corporate law, constitutional law, whatever it may be, you’ll feel the need to want to reconnect with this nationwide effort to put our country in a different place as it revolves around criminal justice,” she says.

Follow along with the ABA Journal’s coverage of the ABA Techshow 2022 here.