Teen goes to law school and aims for the presidency 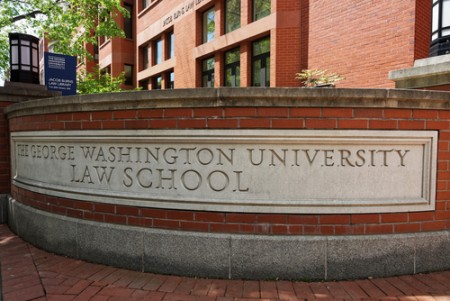 Parnas went to college at age 14, taking high school and college classes at the same time for the same credit, Law.com (sub. req.) reports. He graduated from college in two-and-a-half years, a few weeks before his high school graduation.

Now he is entering George Washington University Law School at age 18, with hopes of one day becoming president.

Parnas told Law.com that he has wanted to go into law school since he was about 10 or 11 years old, though he didn’t know what kind of law he wanted to practice. He volunteered in Donald Trump’s election campaign, and the election spurred his interest in a political career. “I felt like law school was the perfect stepping stone to that goal,” he said.

Parnas says most of his friends didn’t support Trump, and he doesn’t expect his conservative views to be a big issue. Though he eventually wants to enter politics, his immediate plans after law school are to obtain a corporate position or to get into alternative dispute resolution.

Parnas told the Palm Beach Post that law school is “a new journey” for him.

“I’m becoming an adult, really,” Parnas told the Palm Beach Post. “I want to hit that law school experience head-on. I don’t really enjoy the whole college party vibe. My maturity level is higher than most.”