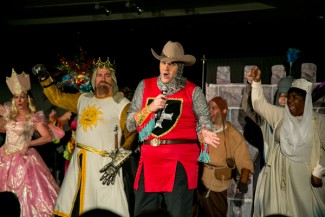 CLE programs—especially when the topic is legal ethics—are not supposed to be this much fun.

But the show that was put on Saturday by a group of musically talented lawyers from Texas (along with a few professional ringers) during the ABA Annual Meeting in Chicago was not a typical legal ethics program. Instead, it was a rambunctious musical parody that made its points about professional conduct issues through song and satire. And the show was working with some great source material: the hit Broadway show Spamalot, which in turn is based on 1975 British film Monty Python and the Holy Grail, a cult classic whose avid fans can quote just about every line (“You must find … another shrubbery!”).

Ethics Follies, a 17-member troupe made up mostly of lawyers from the South/Central Texas Chapter of the Association of Corporate Counsel, has been putting on what it describes as ethical parody musical productions for a decade. This year’s production, Scamalot, follows the premise of the Monty Python version, in which the legendary King Arthur and his band of hapless knights trek through the fields and forests of medieval England in search of the Holy Grail. As one of the characters sings at one point, “Keep your eye on the Grail. You won’t fail; find your Grail.” In this version, Arthur’s personal Grail is legal ethics.

That’s about it for plot. Like its source material, Scamalot is a madcap production that takes an “everything-but-the-kitchen-sink” approach, borrowing songs and characters from other musicals, films and even fairy tales. King Arthur’s quest for legal ethics—it appears that he and his knights are all lawyers—is recounted by an outlandish Carmen Miranda and professor Erudite Funsucker, a spoof of the academics who sometimes populate educational programs and take all the fun out of serious topics. The show even includes a short film about a slimy lawyer that is presented in the style of a Spanish-language telenovela. The entire cast performs in costume, although some of the outfits seem to be purposely slapped together, along with some rudimentary props and scenery.

It’s all great fun, but there are some serious messages tucked away amid the satire. Various bits and songs manage to cover an array of topics relating to lawyer conduct, including client conflicts checks, confidentiality and cloud computing, substance abuse (“I used to swing from the chandelier,” sings one of the performers), commingling of funds, work-life balance, and unequal pay and advancement opportunities for women in the profession. The show also takes a humorous jab at judicial campaigns and their impact on impartiality from the bench, when an actor playing a medieval judge waves off King Arthur, saying, “Run along now, I have lawn signs to make.”

Toward the end of the show, Cinderella’s fairy godmother (again, go figure) observes: “Being ethical in a fairy tale is easier than in real life.”

But Arthur and his crew eventually see the ethical light. “The Holy Grail means the ethical treatment of our clients and each other,” one of the knights says.

The message is summed up by a knight “from the West”—he’s dressed like a medieval cowboy, of course—who says the answers are all in the ABA Model Rules of Professional Conduct. “You follow those suckers to the letter,” he says, “and you’ll be a member of the American Ethical Bar Association.” Wahoo!

After the show, King Arthur—actually Lee Cusenbary, general counsel to Mission Pharmacal in San Antonio—and Mary Doggett (the fairy godmother), a division general counsel for Encore Capital Group, also in San Antonio, explained the genesis of Ethics Follies. When Cusenbary was president of the ACC’s South/Central Texas chapter, he invited Doggett to a luncheon, where another lawyer put on a one-man show about legal ethics. That inspired Cusenbary, an amateur musician, to start working on his own musical parody on ethics issues; a year later, the group put on its first show. Within three years, it was so popular that performances were being presented at a local theater and shows were open to the general public. The group also has performed around the United States, although today’s performance was its first appearance at an ABA meeting.

Ethics Follies produces a new show every year, and Cusenbary soon will start working on the next one. Last year, the show was based on Mamma Mia! One of the earlier shows was a parody of How to Succeed in Business Without Really Trying.

But the underlying ethics message is always the same, Cusenbary said: “It’s a retelling of what we’ve already learned, but have forgotten.” 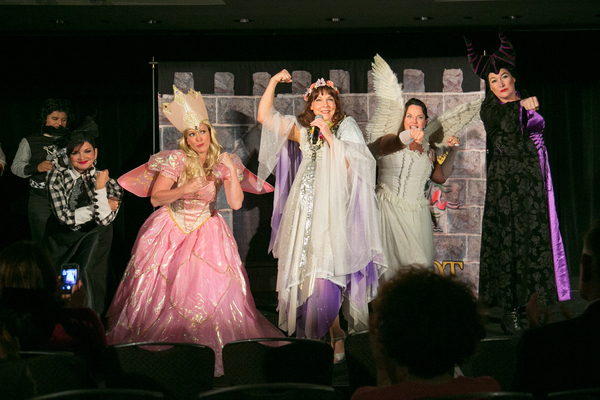