The legal education model is out of touch, writes new ABA commission member 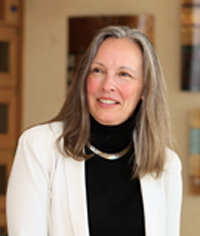 Legal education is too complex, expensive and disconnected, and the American Bar Association has an “effective monopoly” on law school accreditation, according to Gillian Hadfield, a member of the organization’s Commission on the Future of Legal Education.

Hadfield, a professor of law and economics at the University of Southern California, shared her opinion on Wednesday in a piece she wrote for Quartz. According to her, legal education does not equip graduates to respond to or create new solutions for serious legal and regulatory needs for citizens and businesses.

Instead, for nearly 150 years, conventional law schools prepare graduates to “think like a lawyer” and spot potential legal issues with practical training left to employers.

“During the heyday of the industrial nation-state economy, this worked pretty well,” Hadfield wrote. “… What we need now is greater diversity, new methods, and better engagement with the real world. To get the broad and deep innovation in law that we need, we have to fix legal education.”

Hadfield told the ABA Journal on Thursday that she’s not speaking for the Commission on the Future of Legal Education, and she does not know if it would recommend her suggestions in the Quartz piece, which has generated some responses since it was published.

“For the most part, a lot of people know there are really serious problems (in legal education) that we need to be thinking about,” she says. “I do think there’s a disbelief that we could really do anything different, and that’s part of why I want to put this case out there, graphically.”

She thinks that while the ABA was right to raise quality standards for law schools during the beginning of the 20th century, some accreditation standards today put a “stranglehold” on law schools to adopt to a changing legal market.

She suggests three steps toward change. The first is to shift from the “top-down” approach the ABA takes for admissions, teaching and testing, to letting educators find a way to produce legal services providers who are “useful, competent and honest.”

“By reducing the influence of the ABA in determining what a ‘law school’ is and how to qualify a legal professional, access to legal education would become more democratic. This in turn would attract a cohort diverse enough to come up with the new ideas we need in law,” she writes.

The second step advocates for a shift in license requirements to focus on “practical wisdom” over book knowledge.

“Law would do well to follow the model in medicine: test law students early in their educational careers to make sure they have acquired basic legal knowledge. Then focus ultimate qualification on candidates’ ability to actually listen to solve real legal problems encountered by real clients,” Hadfield writes.

The third step advises moving away from one-size-fits-all legal education and recognize that the Harvard Law School model may not provide the best training for all legal services providers.

“Today’s law schools are increasingly chasing their own tails, with the holy grail still being a coveted job in a big law firm that serves large corporations,” she wrote, noting that prospects for those jobs are shrinking, and recent law school graduates have an average of $140,000 in school debt.

“Meanwhile, roughly 90% of Americans dealing with legal matters do so without legal help. And as I have found in my research, even big businesses are unhappy with what is available to them. In a 2011 survey, 70% of global executives reported that law and regulation were the greatest causes of complexity in their businesses,” Hadfield wrote.

The ABA Commission on the Future of Legal Education was created by new ABA President Hilarie Bass, who has said that redesigning legal education is one of her key priorities.

“The ABA is a unique position to work with the various stakeholders, such as bar examiners, legal academics and bar leaders, interested in training future lawyers” Bass said in an Aug. 16 press release announcing the commission’s creation. “Through the Commission on the Future of Legal Education, we will enhance our leadership role in anticipating, articulating and influencing dramatic changes in the legal profession and their effect on legal education.”

The release included comments from Maureen O’Rourke, who chairs the council of the ABA’s Section of Legal Education and Admissions to the Bar. They “look forward to working together to ensure that legal education in this country provides the best possible preparation for the nation’s future lawyers,” O’Rourke, the dean of Boston University School of Law, said.

Barry Currier, the the ABA’s managing director of accreditation and legal education could not immediately be reached for comment.