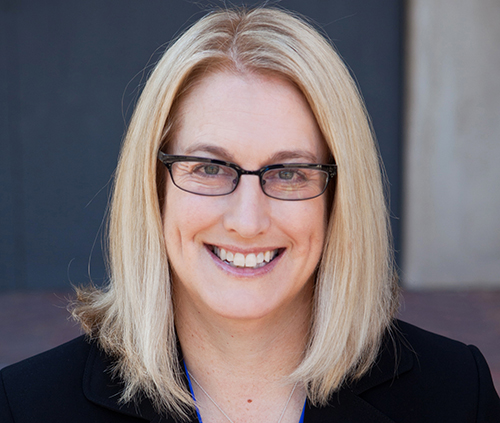 The first time I heard about the Washington State Bar Association’s Limited License Legal Technician program was when I hosted an Evolve Law event in Seattle in November 2015. I had just moved to the state and I was immediately intrigued by what I heard about the program.

The LLLT program is currently the only paraprofessional program of its kind, fully operational, within the United States. Many states offer court facilitators, but their offerings do not rise to the same level of independence as LLLTs. Unlike paralegals, the WSBA technicians operate on their own, without a supervising lawyer. At this time, LLLTs can help clients on family law matters only. However, the LLLT cannot represent people in court or negotiate—all communications must go through the client. With states consistently reporting that 80 percent of their citizens cannot afford an attorney for civil matters, plus the education gap as outlined here, the United States clearly has an access to justice problem. It’s a national crisis, and the LLLT approach is an important piece of the solution.

Over the past two years, whenever I’ve moderated various panels, the LLLT program has been hailed as an example of alternative legal services and access to justice. The reaction wasn’t all positive, however. I was surprised to hear dozens of lawyers, mainly from outside of Washington, criticize the program. When I probed deeper, the complaints did not appear to be well-founded, and my curiosity was piqued.

I started my research by connecting directly with LLLTs and lawyers, which led to discussions with WSBA personnel and several of the original proponents of the program. As issues of adoption and acceptance were discussed during these interviews, I also spoke with others involved with law education reform and paraprofessional programs in other jurisdictions. A huge thank-you to all those who shared their time and expertise. The result is this multipart monthly series. Hopefully, as we delve into the history, the program itself, and the impact on the profession within and outside Washington, I will confirm my initial thought that the LLLT is the way of the future of law.

At a recent Evolve Law event, an attorney scoffed at the LLLT program (and paraprofessionals in general), saying that there is no point to it if the technicians charge $100 to $150 per hour. I was surprised to hear a level of protectionism when 80 percent of their citizens cannot afford an attorney for civil matters—including family law. Problems associated with the legal profession, including being out of touch with clients and their needs, leapt to mind at that moment and inspired me to dig even deeper into this topic.

First, access to justice is not limited to low-income Americans. The 80 percent unmet need figure is based on the entire population. Therefore, many families cannot qualify for help and cannot afford an attorney.

Second, most middle-income citizens carry debt loads commensurate to their earnings, and any unplanned expenses are difficult to cover.

In addition, the idea that only attorneys can handle all aspects of family law matters is difficult to comprehend. Necessary tasks include filling in forms and—considering that courts are overrun with self-represented parties lacking legal experience—having a trained paraprofessional to assist must be an improvement. Other professions, like accounting and medicine, improve access by offering various tiers of service. For example, a bookkeeper can prepare your financial statements but is likely not qualified to complete your taxes. Therefore, if you pay a tax professional to do those same financials, you are likely paying too much. To that end, over the past several months, I have interviewed people who are directly involved with Washington’s program to explore how the LLLT can help close the access-to-justice gap by offering legal service to a specific segment of the state’s population. Please note that the program was created to solve access for only those with incomes between $75,000 and under $100,000.

Finally, consider that an attorney can start serving clients after the bar exam without an hour of actual practice experience. In comparison, the LLLT program requirements are rigorous, including 3,000 hours of practical experience under a lawyer’s supervision plus professional responsibility and practice area examinations.

As of this month, there are only 26 LLLTs licensed in Washington, mainly concentrated in the Seattle-Tacoma area. The program appears to suffer from barriers to entry including the cost of the classes and the duration of the practical experience requirement. In addition, the classes are not eligible for student aid, so it is also expensive. Other states are moving towards similar paraprofessional programs but are taking heed from these low numbers. Additionally, Washington is revisiting some of its LLLT requirements.

From a business point of view, this should be an opportunity for family law attorneys to broaden their practice by employing a LLLT to provide the intended population—families with incomes between $50,000 to $100,000—with legal services at a reduced rate. Of course, LLLTs can and have set up their own practices. Attorneys can work with these independent technicians to assist when matters need to go to court or negotiations are required. Instead, attorneys complain that LLLTs are taking their business. With 80 percent of Americans unrepresented in civil matters, this does not seem to make sense and will be explored later in this series. It should be noted that LLLT is just one piece of an overall solution to access to justice, which seems to be misunderstood by lawyers and used against the program.

The LLLT is almost three years old. Many attorneys say that the program is a failure because of the low numbers, but I believe that the slow start is because of the high barrier to entry, lack of support from lawyers, and a need for more paraprofessional awareness. Washington state has approximately 35,000 lawyers in comparison to the handful of LLLTs, so the marketing of this relatively new service is a challenge.

Former WBSA Bar President Patrick Palace of Palace Law added this: “A popular concern among small and solo practitioners is that the LLLT would directly compete and take away business. However, that was never likely to happen and has not happened because the citizens that are using LLLTs cannot afford a lawyer and would not hire a lawyer. Therefore, practicing lawyers are not losing clients to LLLTs. Instead the latent market or those in the justice gap are simply provided access.”

I spoke with two technicians who have their own firms, including one of the first LLLTs, Priscilla Selden of Columbia Valley Legal Technician Services, plus one paralegal who is working on her 3,000 hours. In a nutshell, they report that adoption by the profession is slow, but clients are responsive to these services. In fact, most clients are grateful to have affordable help, as Selden’s client explained:

“It was very positive and cost efficient for me to use Priscilla … I was very grateful to have this option! She provided me excellent support during the divorce process and was responsive to all my questions. Priscilla completed all paperwork completely and within the time frame that I requested.”

Clients are demanding alternatives to attorneys because they cannot afford lawyers and the forms and process are too difficult. We will explore the chill from the profession further next time, along with successes and other challenges for the LLLTs.

Mary E. Juetten, CA, CPA, JD is founder and CEO of Traklight. In 2015, Mary co-founded Evolve Law, an organization for change and technology adoption in the law. She was named to the ABA’s Legal Technology Resource Center 2016 Women in Legal Tech list and the Fastcase 50 Class of 2016. She is the author of Small Law Firm KPIs: How to Measure Your Way to Greater Profits. She is always looking or success stories where technology has been used to bridge the justice gap, from pro-bono through low-bono to non-traditional legal services delivery. Reach out to her on Twitter @maryjuetten.