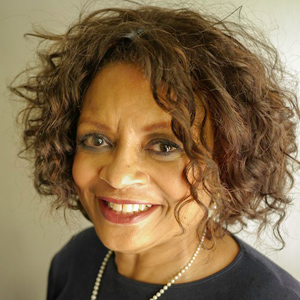 The Secret of Magic is Deborah Johnson’s second novel. (Photo from the author’s website.)

Deborah Johnson has been awarded the 2015 Harper Lee Prize for Legal Fiction for The Secret of Magic.

“We’re thrilled with this year’s selection,” said Allen Pusey, editor and publisher of the ABA Journal, who was on the selection committee for the Harper Lee Prize finalists. “The Secret of Magic is exactly the kind of book the Harper Lee Prize is intended to honor; and the quality of legal literature we hope to encourage. The language is rich, the storytelling is gripping, and the subject fits squarely in today’s discussions about race, courage and the rule of law.”

This is the fifth year the Harper Lee Prize for Legal Fiction has been awarded. The prize is intended for the best novel-length work of fiction published that year to illuminate the role of lawyers in society and their power to effect change. It is sponsored by the ABA Journal and the University of Alabama School of Law, and named for the author of To Kill a Mockingbird. 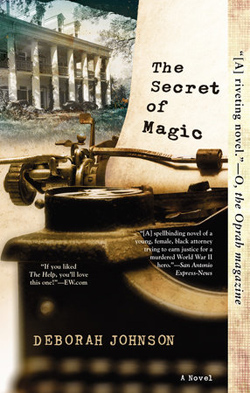 The Secret of Magic is the story of Regina Robichard, an African-American attorney working for the Legal Defense Fund with Thurgood Marshall in the 1940s. She receives a packet detailing the disappearance and death of Joe Howard Wilson, a young black World War II veteran, and she travels to Mississippi to investigate. When she arrives, she discovers that nothing about the case, the town or its inhabitants is quite what it initially seemed.

Johnson is the first woman and the first African-American to be awarded the prize. The Secret of Magic also won the popular vote in the ABA Journal’s annual Harper Lee Prize poll. The other two nominees for 2015 were Robert Dugoni, for his book My Sister’s Grave, and Linda Fairstein, for her novel Terminal City. The past winners of the prize are Michael Connelly, Paul Goldstein and John Grisham, who has won the award twice.

“I am thrilled, and I thank the University of Alabama, the ABA Journal and the judges so very much for this wonderful honor,” Johnson said in a news release after her win.

The judges on the panel that selected this year’s winning novel were Wayne Flynt, author and Alabama historian; Mary McDonagh Murphy, independent film and television writer and producer; and Michele Norris, NPR host and special correspondent.

Johnson, who lives in Columbus, Mississippi, will be presented with the award in a ceremony Sept. 3, coinciding with the National Book Festival in Washington, D.C. After the ceremony, there will be a panel discussion about The Secret of Magic, and how it relates to To Kill a Mockingbird.