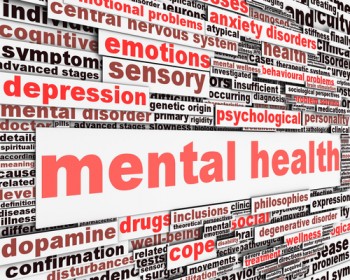 The stigma of attorneys seeking help for mental health disorders needs to be eliminated, according to a report released Monday by various groups, including the American Bar Association’s Commission on Lawyer Assistance Programs.

“To be a good lawyer, one has to be a healthy lawyer. Sadly, our profession is falling short when it comes to well-being,” states the report (PDF) from the the National Task Force on Lawyer Well-Being.

It cites a 2016 study done by the commission and the Hazelden Betty Ford Foundation, which found that out of 13,000 lawyers surveyed, between 20.6 and 36.4 percent could be considered problem drinkers. The study also found that 28 percent of those surveyed suffered from depression, and 19 percent had anxiety.

The 73-page report, titled “The Path to Lawyer Well-Being: Practical Recommendations for Positive Change,” also cites a 2016 study of law student well-being. Out of 3,300 students surveyed, 43 percent reported binge drinking at least once in the prior two weeks. The study defined binge drinking as consuming at least four alcoholic drinks in one sitting for women, and at least five in one sitting for men.

The Conference of Chief Justices, which helped develop the report, endorsed its recommendations last week, according to an ABA press release. Other recommendations include partnering with lawyer assistance programs, fostering respectful engagement in the profession and enhancing lawyers’ sense of self-control in their work responsibilities.

“Practices that rob lawyers of a sense of autonomy and control over their schedules and lives are especially harmful to their well-being. Research studies show that high job demands paired with a lack of a sense of control breeds depression and other psychological disorders,” the report states. “Research suggests that men in jobs with such characteristics have an elevated risk of alcohol abuse.”

“The legal profession is already struggling. Our profession confronts a dwindling market share as the public turns to more accessible, affordable alternative legal service providers. We are at a crossroads,” Buchanan and Coyle wrote. “To maintain public confidence in the profession, to meet the need for innovation in how we deliver legal services, to increase access to justice, and to reduce the level of toxicity that has allowed mental health and substance use disorders to fester among our colleagues, we have to act now.”