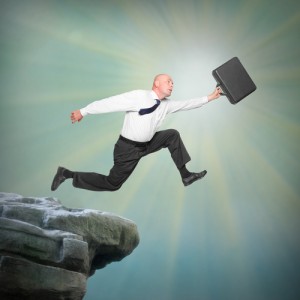 Harvard law grads have the advantage of a JD from an elite institution, but they don’t differ from other law grads when it comes to leaving law practice.

About 28 percent of Harvard law grads from four graduating classes are no longer practicing law in their current jobs, according to preliminary findings from the survey of grads in 1975, 1985, 1995 and 2000. The data was collected in 2009 for the career study (PDF) by Harvard Law School’s Center on the Legal Profession.

The results for Harvard law’s class of 2000 are similar to findings from the American Bar Foundation’s After the JD study, which found that 24 percent of surveyed lawyers who passed the bar in 2000 were not practicing law in 2012. Similarly, a study of lawyers who passed Ohio’s bar exam in 2010 found that at least a quarter were not using their law licenses four years later.

The Harvard law study asked respondents why they left law practice and offered seven choices–including a lack of interest in the work, dissatisfaction with work-life balance and a lack of legal jobs–as well as an eighth category of “other.” A majority of men and women who answered the question listed “other.” Many who chose “other” listed the positive attributes of the nonlegal jobs.

Virtually all Harvard law graduates practiced law as their first job after law school, according to the study. A little more than 60 percent joined law firms.

One surprising finding is that Harvard’s female law grads who work full-time in law firms report more work hours than their male counterparts, Bloomberg Big Law Business reports. Women in law firms worked an average of 52 hours a week, compared to 48.6 hours a week for men.

The greatest difference in hours worked was for the class of 2000. Women in law firms from that graduating class worked an average of 53.4 hours a week, eight more hours than men.

Other major findings include:

• Twenty-four percent of female partners have no children, compared to 12 percent of male partners. Female law grads who did have children were far more likely than men to decide to work part-time after having a child, to leave their current job or to leave the work force altogether. Less than half of the female law grads with two or more children are still working full-time.

• Women experienced more negative consequences at work than men after having a baby. They included pressure to work while on parental leave (69 percent to 31 percent), unreasonable work demands after their leave (90 percent to 10 percent), and difficulty in obtaining flexibility or part-time work (82 percent to 18 percent).

• Grades are not predictive of partnership for men or women. Male Harvard law grads are more likely to become equity partners than women, though the percentage of females in equity partnerships is far higher than typically reported. Women who become partners are more likely to have had more mentors in their first years of practice than women who don’t become partners.

• Harvard’s male law grads make more money than the females, and the most important factor for the gap appears to be that men are more likely to work in business not practicing law than women. Men in these business jobs—often hedge funds or investment banks–earn far more than their highly paid law firm peers.

The response rate to the survey was 35 percent. The study authors are Harvard law professor David Wilkins; Bryon Fong, assistant research director at the Center on the Legal Profession; and University of Toronto sociology professor Ronit Dinovitzer.