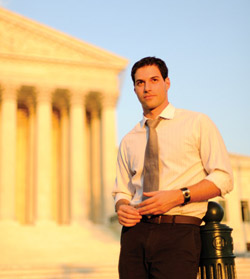 Follow the link to continue reading “By Dawn’s Light” in the October ABA Journal.