This law school charges more than $60K; tuition is up 13% in 3 years at top BigLaw feeder schools 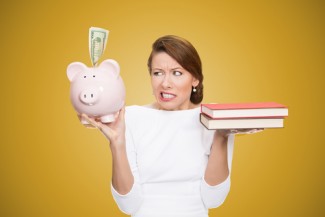 In terms of tuition, Cornell “is not far behind” Columbia, the story says. Its tuition was $59,360 last year, according to this National law Journal chart (sub. req.).

Tuition is often discounted because of financial aid. But additional scholarship money doesn’t keep pace with increased tuition, according to an analysis of scholarship trends at top 10 schools between 2011 and 2013 by University of St. Thomas School of Law professor Jerry Organ. He believes the situation is similar in 2014 at the National Law Journal’s top 10 feeder schools.

Some of the tuition increases are likely offset by aid “but not dollar-for-dollar,” he told the NLJ.