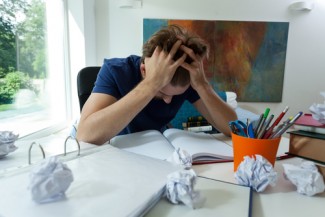 Updated: The Arizona Summit Law School has posted a dismal bar passage rate despite its offer of $5,000 to poorly performing students who delay taking the bar exam.

Only 30.6 percent of first-time test takers from the law school passed the July 2015 bar exam, report Above the Law and an Atlantic article by University of Colorado law professor Paul Campos.

Campos alleges that the admissions process at InfiLaw schools “is now close to a fully open-enrollment system, that inevitably matriculates many people who have little chance of ever passing a bar exam.”

“We expect many schools to claim that they are placing bets on students seeking opportunities other schools won’t provide,” Law School Transparency says, “but the reality is that these schools are placing a bet that the profession, accreditors, and government will stand idly by.”

The report recommends a required “ultimate bar passage rate of 85 percent within two years of graduation” for law schools to retain accreditation.

A New York Times editorial points to bar pass results in an article that accuses for-profit law schools of “vacuuming up hordes of young people, charging them outrageously high tuition and, after many of the students fail to become lawyers, sticking taxpayers with the tab for their loan defaults.”

An increasing number of nonprofit law schools are following the same playbook, according to the Times, which blames the federal Direct PLUS Loan program for providing money to graduate students, no matter how high their tuition and living expenses.

“The consequences of this free flow of federal loans have been entirely predictable,” the Times says. “Law schools jacked up tuition and accepted more students,” including more unqualified students who are unable to pass the bar. As a result, many law grads can’t afford to repay their student loans.

The New York Times offers its solutions to the problem of law school debt. It says nonprofit law schools, like for-profits, should not be eligible for the loans unless they can prove success in preparing grads for jobs to repay the debt. The Times also recommends capping the amount of loans and says federal money should be redirected from law school coffers to legal services.

Adam Cota, senior vice president for academic affairs for InfiLaw, says the company’s law schools have an ultimate bar pass rate of 81 percent, according to the ABA calculation. That figure, which includes those who take the test more than once, is higher than the ABA accreditation standard of 75 percent, he tells the ABA Journal in a statement.

InfiLaw’s own statistics show about 70 percent of its graduates are working as attorneys two to three years after graduation, he says in the statement, and “most graduates have salaries significantly above the alternative had they not obtained a JD.”

“Far from being a scam,” he says, “our schools are offering important opportunities to our students while graduating a diverse, exceptional and capable cadre of professionals that we’re proud to be associated with.”

The recent test results at Arizona Summit Law School and Charlotte School of Law “are inconsistent with our historical performance and we know how to turn things around,” he says. “All of our schools have been leaders in key states in the past, with ASLS leading the state of Arizona in pass rates three times in their seven-year bar pass history. As individuals, ASLS students have been in the top three scorers in Arizona as recently as February 2015.”

He adds that InfiLaw grads are not defaulting on their debts. Their official default rate is between 1.1 percent and 2.4 percent, a statistic that is “competitive with Ivy League Institutions and top-tier institutions with law schools (while InfiLaw schools have significantly higher diversity rates.)”

“So if you compare comparable cohorts we’ve actually gone up,” he says. Campos’ article “reads like we’ve had a precipitous decline, when in fact we’ve had the opposite.” DeVito adds that the school’s ultimate bar passage rate is 87 percent, according to the ABA calculation.

He also says students with lower LSAT scores who attend Florida Coastal have a better chance of passing the bar than students with the same scores at many other schools. Cota also cites the school’s bar pass rates, saying it “may be the market leader in bar pass at each LSAT range.”