Pit bull gets reprieve from state high court, but this dog was no Lassie, dissent says 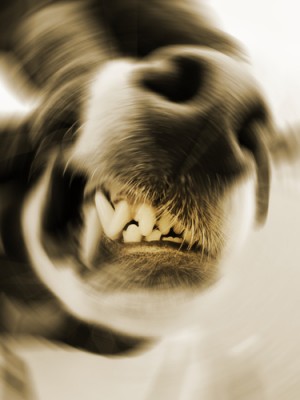 West Virginia’s Supreme Court of Appeals has granted a reprieve to a pit bull terrier named Major, but it may be too late to save the dog, which has deteriorated during his confinement at an animal shelter.

The court ruled last Thursday that a city ordinance giving a municipal court the authority to order the destruction of vicious dogs conflicted with a state law that gives jurisdiction to circuit and magistrate courts in such cases. A municipality may prohibit people from owning dangerous dogs and prosecute them for violations, the majority said, but it cannot order a dog killed unless it follows the procedure called for in state law.

A dissenter wrote that the majority ignores “the unfortunate truth that not all dogs are like the beloved Lassie” and reaches an “ill-advised and legally unsound conclusion.” The Wall Street Journal Law Blog and the Legal Profession Blog noted the majority (PDF) and dissenting (PDF) opinions.

The municipal court in Bluefield, West Virginia, had ordered Major to be killed after the dog broke free from his restraint and bit a humane officer who was investigating a complaint. The humane officer had to have surgery and was hospitalized for about five days, the dissent said. The dog’s owner, Estella Robinson, pleaded guilty to owning and keeping an animal known by her to be vicious, dangerous, and in the habit of biting persons in violation of the city ordinance, the dissent said.

“While I, too, love animals,” the dissent said, “and have fond memories of my childhood companion and faithful dog ‘Bozo,’ my affinity does not blind me to the sad reality that some dogs are dangerous and vicious, and inflict serious injuries, and even death, on innocent victims. …

“Will the confusion created by the majority effectively sanction future and potentially fatal attacks by vicious dogs upon unsuspecting children as they walk to school within a city’s limits? Will an elderly couple be mauled by a vicious dog in their front yard as they rake leaves? Likewise, will the majority’s ruling be relied upon in the future to strip municipal courts of their power to enforce other ordinances, such as those involving assault and battery and hate crimes, merely because there are statutes that also authorize the prosecution of such matters in either magistrate or circuit court?”

The dog owner was represented by lawyer Gerald Linkous, who told Law Blog that it may be too late to save Major. The dog has been kept in an animal shelter for about a year, and “the dog has basically gone stir-crazy,” he said. “It’s a real shame. The dog is probably going to have to be put down anyway.”