Thomas adds victim's photo to his opinion, spars with Kennedy on solitary confinement 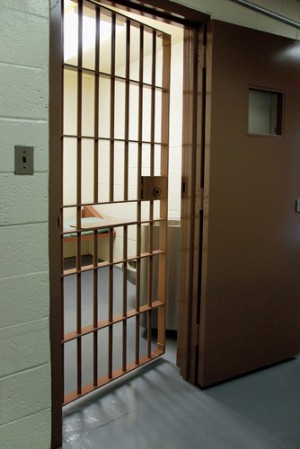 Justice Clarence Thomas kept the focus on crime victims in two opinions on Thursday, adding the victim’s photo in a capital punishment dissent and differing with Justice Anthony M. Kennedy’s remarks on solitary confinement in another case.

In the dissent, Thomas accused the five-justice majority of ignoring the “human cost” of its decision in favor of a death-row inmate, the New York Times reports. The majority opinion (PDF) by Justice Sonia Sotomayor in Brumfield v. Cain found that the inmate, Kevan Brumfield, was entitled to a hearing to determine whether he was mentally disabled and ineligible for capital punishment. His victim, Betty Smothers, was an off-duty police officer.

Thomas recounted the details of the crime, included a photo of the victim in an appendix, and posted the defendant’s confession on the Supreme Court’s website. Slate and the Associated Press have stories on Thomas’ opinions in both cases, while the National Law Journal (sub. req.) has a story on the solitary confinement tiff.

Chief Justice John G. Roberts Jr. and Justices Antonin Scalia and Samuel A. Alito Jr. joined most of Thomas’ dissent, but not a portion about the victim’s son, Warrick Dunn, the Times points out. Dunn was a father figure to his younger siblings and went on to become a football star. “Unlike Brumfield, Warrick did not use the absence of a father figure as a justification for murder,” Thomas wrote.

In the other case, Davis v. Ayala, Thomas was in the majority that ruled (PDF) a defense lawyer’s exclusion from a Batson hearing was harmless error. During the hearing, the judge questioned the prosecutor to determine whether peremptory challenges were based on race.

In a concurrence, Kennedy noted that the death-row defendant, who was convicted of a triple murder, had spent most of his 25 years in prison in solitary confinement, which “exacts a terrible price.” If presented with the proper case, Kennedy said, the judiciary might be required to decide whether workable alternatives exist to long-term solitary confinement.

Thomas differed with Kennedy in a one paragraph concurrence that read in part: “I write separately only to point out, in response to the separate opinion of Justice Kennedy, that the accommodations in which Ayala is housed are a far sight more spacious than those in which his victims, Ernesto Dominguez Mendez, Marcos Antonio Zamora and Jose Luis Rositas, now rest. And, given that his victims were all 31 years of age or under, Ayala will soon have had as much or more time to enjoy those accommodations as his victims had time to enjoy this earth.”