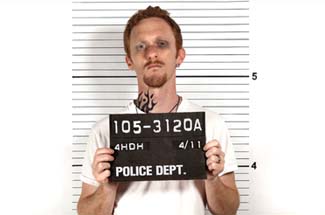 With the increasing popularity of tattoos has come a growing problem for those with criminal tendencies.

Aware that the skin decorations can provide an inked evidentiary link to identify a suspect or help add up to a conviction, police increasingly are keeping track of tattoos and including information about them in computerized databases, the Tampa Bay Times reports.

A skull and crossbones or a memorial to mom may not do much to distinguish one individual from another. But a girlfriend’s name or a pattern of tattoos are likely to be identifying.

“The more unique it is, with a unique location, the better,” says Mike Puetz, a St. Petersburg, Fla., police spokesman who formerly worked as a homicide sergeant.

Among the marks that have helped law enforcement officers get their man are a map of Florida on a suspect’s face and the large-type words “Most Wanted” on a suspect’s arm, the article notes.

Tattoos, however, are not without potential benefits to defendants also. As detailed in a previousABAJournal.com post, a defendant with tattoos who spent the better part of a year in jail before officials realized he wasn’t guilty of an armed robbery sought damages because a surveillance tape that showed the suspect had no tattoos wasn’t more quickly reviewed.

A 2007 opinion (PDF) by the New York City-based 2nd U.S. Circuit Court of Appeals provides additional details about the case.

ABAJournal.com: “Defendant Who Covered Up Tattoos at Trial Declines to Do So in Life-or-Death Penalty Phase”