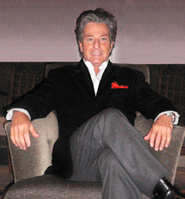 When he has a courtroom victory, he’ll pose with the unnamed defendant on his Facebook page, the Chicago Tribune (reg. req.) reports. “FINDING at trial NOT GUILTY!!!” he wrote after a recent win. When a reader commented on his tie and suit, Goldberg paraphrased Jay-Z, the story says.

“I don’t do molly. I rock Tom Ford,” he wrote, referring to the street name for the synthetic drug MDMA and to a pricey designer.

Goldberg is one of several Chicago lawyers who use social media to tout wins or expertise, but it’s not the only way he differentiates himself, the Tribune says.

“Goldberg, known around Cook County courthouses for his Louis Vuitton briefcases and Michael Douglas-style hair in addition to those Tom Ford suits, has long used flash to try to stand out from the crowd,” the story says. “While court rules require that handwritten motions be written in blue or black ink, he files his in purple.” He owns a Rolls Royce Phantom, a Bentley and Lamborghini, and he pays extra to park diagonally across two parking spaces in the lot near the courthouse.

“For most people,” Goldberg explained to the Tribune, “sartorial elegance and automotive excellence equals legal expertise.”

Updated on Oct. 24 to correct a reference to “molly,” a street name for MDMA.