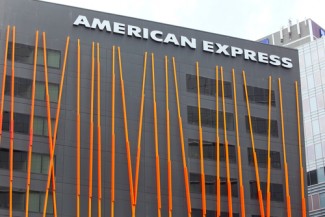 The U.S. Supreme Court ruled for American Express
in a dispute with merchants. Gordon Bell / Shutterstock.com

Contract agreements that require arbitration and prohibit class-action claims are enforceable under the Federal Arbitration Act, even when the potential recovery is dwarfed by costs of individual arbitration, the U.S. Supreme Court has ruled in a 5-3 opinion.

Justice Antonin Scalia wrote the majority opinion (PDF) that found the New York City-based 2nd U.S. Circuit Court of Appeals had erred when it said retailers should be allowed to pursue a class arbitration claim against American Express. The retailers had claimed American Express used its market power to force merchants to pay higher swipe fees.

The 2nd Circuit had said the arbitration provisions were unenforceable because of the prohibitive costs to litigate individual claims. A plaintiffs expert estimated the cost to litigate the antitrust case could reach $1 million, though the potential individual recovery was only $38,500.

“Respondents argue that requiring them to litigate their claims individually—as they contracted to do—would contravene the policies of the antitrust laws,” Scalia wrote. “But the antitrust laws do not guarantee an affordable procedural path to the vindication of every claim.”

The plaintiffs had also cited a judge-made exception to the FAA that allows courts to invalidate agreements that prevent the “effective vindication” of a federal statutory right. The exception did not apply in the instant case, Scalia said. “The fact that it is not worth the expense involved in proving a statutory remedy does not constitute the elimination of the right to pursue that remedy,” Scalia wrote.

Justice Sonia Sotomayor, who was a member of the 2nd Circuit when the case was heard, did not participate in the decision.

Justice Elena Kagan wrote a dissenting opinion, joined by Justices Ruth Bader Ginsburg and Stephen G. Breyer. Kagan began with a “nutshell version” of the case, explaining that it involved a small restaurant that claimed American Express was using an arbitration clause to effectively insulate itself from antitrust liability.

“And here is the nutshell version of today’s opinion, admirably flaunted rather than camouflaged: Too darn bad,” Kagan wrote.