Top lawyer for Oath Keepers is charged in connection with Jan. 6 US Capitol riot 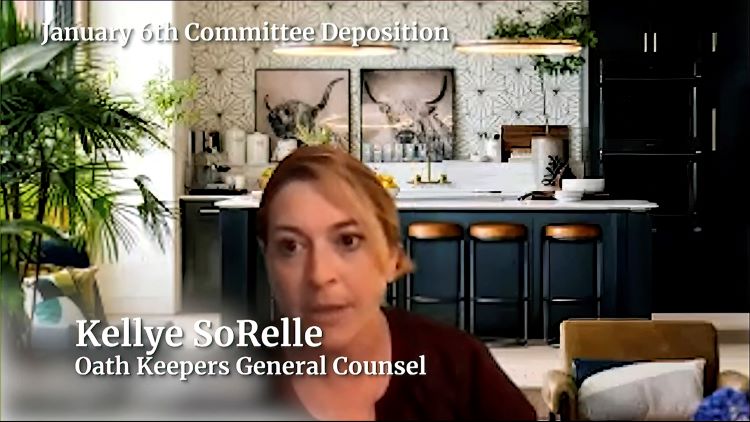 The top lawyer for the Oath Keepers militia was arrested in Junction, Texas, on Thursday and charged in connection with the Jan. 6., 2021, U.S. Capitol attack.

Kellye SoRelle, 43, was charged with conspiracy to obstruct an official proceeding (the certification of the Electoral College vote), obstructing the same proceeding and aiding and abetting others to do the same, entering and remaining in a restricted area (on the Capitol grounds), and obstruction of justice for persuading and trying to persuade others to withhold and destroy documents.

The website for SoRelle’s law office in Granbury, Texas, said she is a former prosecutor skilled in civil litigation, trial practice, criminal justice, family law and mediation. The website identified SoRelle as the Oath Keepers’ general counsel and said after the 2020 presidential election, she “jumped into action to assist the legal teams challenging the election results.”

SoRelle was released on her own recognizance after a court hearing Thursday.

“Jails need better accommodations,” she tweeted, long with a laughing-crying emoji. “1star from this gal. Cold and sterile.”

Publications with coverage of the arrest include Law360, the New York Times and the Washington Post.

According to the New York Times, there is no evidence that SoRelle entered the Capitol building, but she was with the crowd outside that included Stewart Rhodes, the founder and leader of the Oath Keepers, a far-right anti-government militia. She was also said to be with Rhodes during a parking lot meeting with a leader of the Proud Boys, a far-right organization that promotes and engages in political violence.

She is not representing Oath Keepers members charged in the Capitol riot.

The articles noted that SoRelle was not charged with the serious offense of seditious conspiracy, which carries a sentence of up to 20 years in prison. Rhodes, however, is facing that charge. He is a Yale Law School graduate, according to Law360.