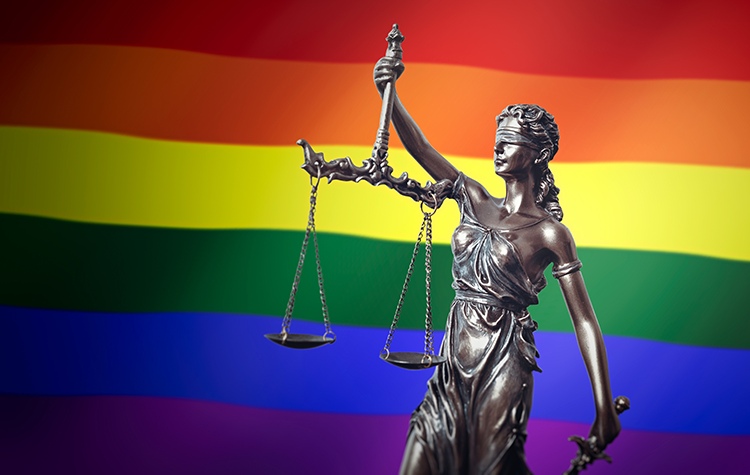 Lawyers can’t exclude potential jurors during voir dire based on sexual orientation, the top court in Massachusetts ruled on Monday.

The Massachusetts Supreme Judicial Court ruled that a peremptory challenge based on sexual orientation is prohibited by the Massachusetts Constitution and the equal protection clause of the 14th Amendment, Law360 reports.

The decision is “monumental,” according to Chris Erchull, a lawyer with GLBTQ Legal Advocates & Defenders, which submitted an amicus brief in the case along with other groups.

The Massachusetts Supreme Judicial Court is the second top state court to issue such a ruling, Erchull told Law360. Nevada’s was the first.

At the federal level, the San Francisco-based 9th U.S. Circuit Court of Appeals has also held the sexual orientation is a protected class during jury selection, according to Law360.

The Massachusetts Supreme Judicial Court ruled in the case of Antwan Carter and Daniel Pinckney, who were convicted of murder for a gang shooting in Boston that killed a bystander, according to the Associated Press and WBZ.

The potential juror was among five people excluded from the jury panel based on prosecutor peremptory challenges that were challenged on appeal. Four of the excluded jurors were Black while the fifth described herself as a “domestic partner.”

The defense challenged the prosecution’s removal of the “domestic partner” juror, asserting that she may be considered gay. The judge noted the juror could be heterosexual or gay. The judge didn’t require a prosecution explanation for the removal, in any event, because precedent didn’t require it when jurors are removed based on sexual orientation.

The supreme judicial court said it was now concluding that gay people are a protected class and they can’t be removed as potential jurors absent a neutral explanation.

The court added in a footnote that “it is neither appropriate nor encouraged for judges or parties to ask prospective jurors their sexual orientation.”

The court said there were insufficient facts to establish the potential juror’s sexual orientation. Instead, the court ruled that the judge should have required prosecutors to explain the prosecution’s decision to strike a Black juror from the panel who was about the same age as the defendants.

In a concurrence, Justice David Lowy argued that when a party objects to a peremptory challenge based on sexual orientation, the party should not have to make a prima facie showing of discrimination by proving sexual orientation.

Inquiring about the sexual orientation of a member of the jury venire would be intrusive, and allowing the objecting party to rely on stereotypes to conclude a juror is gay would also be improper, Lowy said.

Instead, Lowy argued, the prosecution should have to provide a neutral explanation for striking the potential juror after an objection is made.

Suffolk County District Attorney Rachael Rollins, a U.S. attorney nominee, said in a statement to Law360 that she applauded the ruling.

“Prosecutors in my administration have been and will continue to provide a group-neutral reason for the peremptory challenge, whether asked to by a judge or not,” Rollins said. “I know this serves the important goals of promoting transparency and ensuring public confidence in our justice system.”

The case is Commonwealth v. Carter.