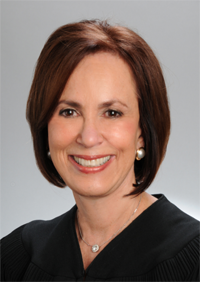 The Florida Supreme Court on Wednesday turned down a request by the state’s governor to disqualify one of its justices in a judicial appointments case partly because of a remark caught on a live microphone.

The court denied the request by Gov. Rick Scott in a one-sentence order (PDF), report the Orlando Sentinel, the Miami Herald, Law.com (sub. req.) and the Palm Beach Post. No reason was given for the denial.

Scott had claimed a comment by Justice Barbara Pariente picked up on a live microphone after oral arguments in the case raised doubts about her ability to be impartial. Pariente said “crazy” as she spoke with another justice and pointed to a document listing members of the Supreme Court Judicial Nominating Commission.

The disqualification motion asserted that the remark apparently referred to Scott or to his appointees to the commission.

The case challenges Scott’s authority to appoint three new justices on the day he leaves office in January 2019 as a result of term limits. The three justices are part of the court’s 4-3 liberal bloc, and they will all be forced to retire that day because of age limits.

At issue is whether Scott or his successor has the authority to make the appointments.

Scott spokesman John Tupps criticized the decision in a statement.

“Gov. Scott expects all judges to be fair and impartial. It is disappointing that today’s decision was made without providing any plausible justification for Justice Pariente’s comments. Given the gravity of this case, Floridians deserve better,” he said.