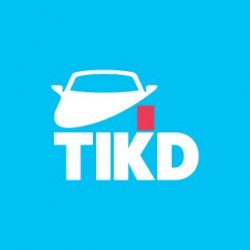 The Florida Supreme Court is being asked to decide whether a ticket-fighting startup is engaged in unauthorized law practice and is misleading consumers.

The Florida Bar voted earlier this month to ask the court to decide the issues and issue an injunction against the startup, TIKD Services, report the Daily Business Review (sub. req.) and the Miami Herald.

TIKD Services developed an app called TIKD in which drivers who receive tickets upload their tickets, pay TIKD a fixed price, receive a lawyer’s services through the app to defend the tickets, and get a guarantee from TIKD that the tickets will not cost any more money, no matter the outcome.

TIKD Services filed a federal lawsuit in November that claims the Florida Bar and a competitor launched a coordinated attack to drive it out of business. TIKD is represented in the suit by Ramon Abadin, a former Florida Bar president.

The bar has filed a motion arguing that Abadin should be disqualified from representing TIKD Services because he received privileged communications as a bar official that is relevant to the suit.

TIKD Services responded to the motion to disqualify on Tuesday. Its filing says the bar’s move is “without sufficient legal or factual basis.”

Updated at 10 a.m. to include TIKD Services’ response to the motion to disqualify.