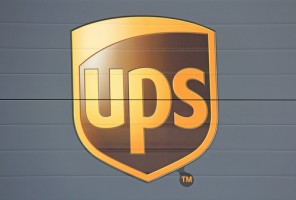 When artist Ivana Vidovic Mlinar sent two paintings from Florida to a New York art exhibit in 2005, she didn’t buy insurance even though she says they were worth $30,000.

Packed at a shipping store, they were sent via UPS. At some point a UPS representative opened the mailing tube and the paintings wound up being sold by a private auctioneer, the artist says in a Florida lawsuit that claims the deprivation of her valuable paintings was intentional. The shipping store reimbursed her $100.

UPS argued that the Carmack Amendment applied, because the package was sent in interstate commerce and the suit “stemmed from UPS’s loss of Mlinar’s package,” the Florida Supreme Court recounts in its written opinion (PDF). Thus, the case had to be heard in federal court, limiting Mlinar’s remedies, the shipping company contended and a trial court agreed, dismissing the suit. The Legal Information Institute provides a copy of the federal statute.

However, Florida’s top court Thursday revived the artist’s state court suit, saying that its allegations “illustrate a course of criminal conduct by UPS and its cohorts” that is based on “unscrupulous practices” and “larcenous misconduct” which “bears, at best, only a tangential relationship to the interstate shipment process and, more specifically, a carrier’s contractual obligation to transport goods,:”

Hence, the Carmack Amendment did not pre-empt the artist’s state-law suit, the opinion rules. “A state-law or common-law claim against an interstate carrier of goods is generally preempted by the statute unless the claim alleges conduct or harm that is separate and distinct from the loss of or damage to the goods transported.”

Previous:
How solos and small firms can cut costs and make their money go further (podcast with transcript)