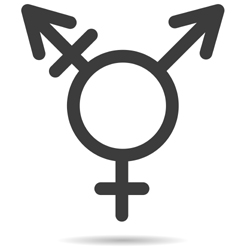 A transgender teen in Virginia has sued his high school after he was banned from the boys’ restroom.

The suit filed in federal court on behalf of 16-year-old Gavin Grimm claims the school’s decision to relegate him to separate, private restrooms is a violation of the equal protection clause and Title IX, the federal law that prohibits sex discrimination in education. BuzzFeed News has the story.

According to the suit (PDF) against the Gloucester County School Board, the school allowed Grimm to use the boys’ restroom after his mother told school officials that he identified as a boy. After receiving complaints from some parents, the school board voted in December 2014 to limit boys’ and girls’ restrooms to students “of the corresponding biological genders.”

Grimm is represented by the American Civil Liberties Union and the ACLU of Virginia, according to a press release.

Grimm was present during the school board hearings in which he was compared to a dog and called a “freak,” according to BuzzFeed.

“The people of my community had a discussion about where I could use the bathroom—and my genitals and anatomy—that was mortifying and dehumanizing in a way I can’t begin to describe,” Grimm told BuzzFeed.

Only one school board member—a lawyer—voted against the policy change that banned Grimm from the boys’ restroom. The policy, said lawyer Kim Hensley, “violates the civil rights of transgender students by denying them equal access to school facilities.”

“I respect Gavin Grimm immensely,” Hensley told BuzzFeed. “He has been subjected to vitriol that would crush others. His willingness to stand up and challenge a discriminatory policy is beyond courageous.”