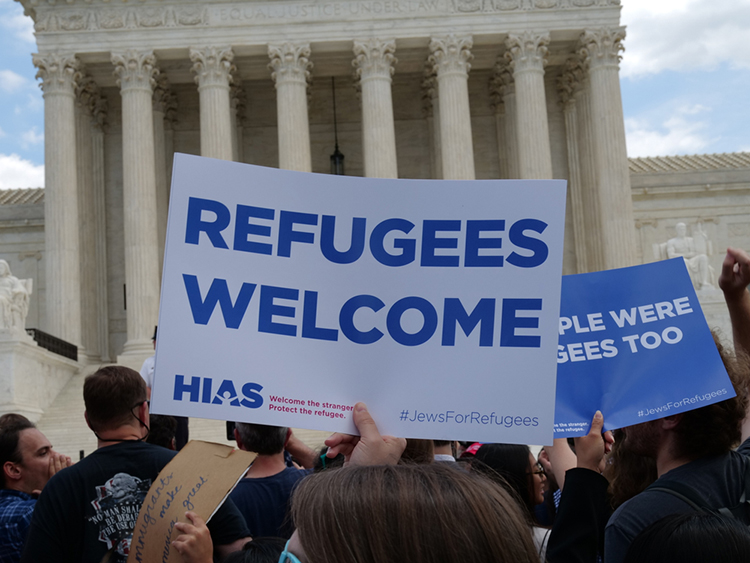 Dissenting from Trump v. Hawaii, the “travel ban” case, U.S. Supreme Court Justice Sonia Sotomayor wrote that there’s reason to believe that the visa waiver program, granting exceptions to the ban in specific situations, “is nothing more than a sham.”

A new lawsuit, filed electronically July 29, argues that the waiver program indeed is a sham, with little public information about how to apply for a waiver, and many applicants reporting either being denied without a chance to formally apply or having their applications stuck in limbo forever. Only a tiny number of waivers have been granted, says the proposed class in Emami v. Trump. Vox has a story.

Though Emami is the first lawsuit over the travel ban to be filed after the Supreme Court ruled in Trump v. Hawaii last month, it doesn’t directly challenge the legality of the ban. Rather, it argues that the process for exceptions to the ban—one basis for the 5-4 majority’s ruling in the case—is deliberately designed to provide few waivers.

The complaint notes that President Donald Trump’s third travel ban has been in effect since December of 2017, when the U.S. Supreme Court stayed injunctions issued by lower courts. Since that time, waivers are the only way into the United States for individuals from the “banned” countries—all majority-Muslim countries except North Korea, which already tightly restricts travel to the United States, and Venezuela, where only certain government officials and their families are banned. Waivers are supposed to be granted to people who do not pose a security or public safety threat, would suffer undue hardship if rejected and whose admission would serve the U.S. national interest.

But those waivers aren’t truly available, the lawsuit charges, in part because waivers are denied without any meaningful individualized consideration. It says many visa applicants were told a waiver was denied before they’d even applied for one. In some cases, those were people whose visas were revoked after initially being approved. As of July 29, the complaint says, the rejection rate for people from banned countries was above 98 percent. Furthermore, the complaint says, there’s evidence that even the 2 percent who are cleared for waivers may not get visas because waiver applications are languishing in bureaucracy.

The complaint quotes a sworn affidavit from a former consular official, Christopher Richardson, who told a different federal court that consular officers were ordered to find as few people as possible eligible for a waiver. If a person did meet all the criteria, he said, the application was to be sent to Washington, D.C. for a final determination.

The lawsuit says this has resulted in separation of multiple families. One plaintiff is a U.S. citizen who has been living in Djibouti with his Yemeni wife because her waiver was denied before she was able to apply for one. Their five-month-old son is a U.S. citizen who has never been to the United States. Several others are U.S. citizens forced to become single parents or separate from their children because their spouses or children are stuck overseas, sometimes in dangerous situations.

Several other plaintiffs are people who were approved for “extraordinary ability” EB-1 visas—the same kind of visa granted to First Lady Melania Trump—because of academic or artistic work, but who were denied visas. One was outright told he was being rejected because of the travel ban, but not permitted or instructed in applying for a waiver.

The plaintiffs allege that this violates the Administrative Procedure Act, the Immigration and Nationality Act and their due process rights under the Fifth Amendment.

“As we’ve been talking to immigrants and assisting people with the waiver process,” Sirine Shebaya of plaintiffs’ law firm Muslim Advocates told Vox, “we’ve come to realize all the ways in which there is no actual process — and, to the extent there is a process, it’s designed to result in near-universal rejection.”