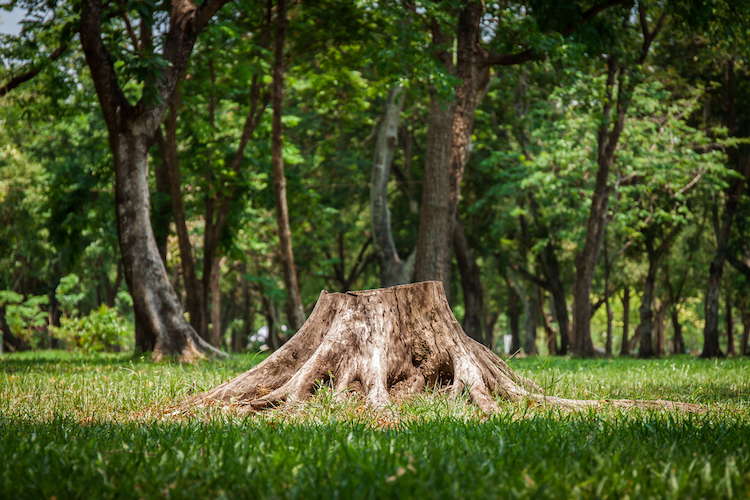 A Michigan township’s ordinance requiring property owners to replace trees that they remove from their property or pay into a tree fund was an unconstitutional condition on their rights under the takings clause, a federal appeals court has ruled.

The 6th U.S. Circuit Court of Appeals at Cincinnati ruled against the Charter Township of Canton, Michigan, in a lawsuit filed by F.P. Development, which wanted to develop land to expand a traffic-control sign business.

The Volokh Conspiracy has highlights from the Oct. 13 opinion.

The ordinance generally requires property owners to get a permit before removing trees that are larger in diameter, of landmark status or within a forest.

“We agree with F.P. that the ordinance violates the Fifth Amendment, through the 14th Amendment, based on the unconstitutional-conditions doctrine,” the 6th Circuit said in an opinion by Judge John K. Bush.

Under the unconstitutional-conditions doctrine, the government may not deny a benefit to a person because they exercise a constitutional right. The appeals court agreed with the argument that the ordinance imposes an unconstitutional condition on a permit to make productive use of property because the township’s evidence was lacking.

The court cited U.S. Supreme Court cases holding that governments can’t leverage their legitimate interest in mitigating the impact of development “to pursue governmental ends that lack an essential nexus and rough proportionality to those impacts.”

The court said F.P. Development’s case raises “an interesting question whether Canton’s application of the tree ordinance to F.P. falls into the category of government action covered” by the Supreme Court’s cases on unconstitutional conditions. But the parties didn’t raise the issue, so the court instead evaluated arguments on nexus and rough proportionality.

The township seemed to assume that its tree-replacement requirements were appropriate, rather than providing evidence, the appeals court said. And its information on tree-replacement costs was based on 2006 figures.

“That limited and arguably stale information does not suffice,” the appeals court said.

“Canton has pointed to nothing indicating, for example, that F.P.’s tree removal effects a certain level of environmental degradation on the surrounding area,” the appeals court said. “Nor does it demonstrate whether it considered that F.P.’s clearing of the clogged ditch on its property or its removal of dead trees may have improved the surrounding environment. The only evidence on that point suggests that even if F.P. offset its tree removal in a manner not contemplated by the township, Canton would still demand its preset mitigation.”

The 6th Circuit said its decision “accords with analogous decisions handed down by state courts.”