Geoffrey Hazard, a 'true giant in American law,' dies at 88 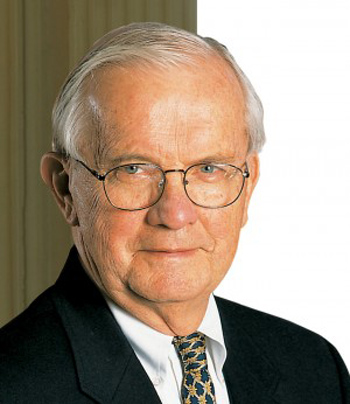 Law professor and ethics expert Geoffrey Hazard died Thursday at the age of 88.

Hazard co-authored several leading treatises and casebooks on civil procedure and legal ethics, and served for 15 years as director of the American Law Institute.

A UC Hastings story about Hazard’s retirement from teaching in 2013 focused on his legal-ethics influence. “Perhaps no one has done more to influence the ethical conduct of more lawyers than Hazard,” the article said. “He began teaching in 1958 and led the development of scholarship in his fields. Over his career, Hazard has been responsible for instilling ethics in thousands of young lawyers, over several generations, and served as an inspiration and mentor to dozens of younger law professors.”

In a 2014 interview with Business Law Today, Harzard explained how he developed an interest in the field of legal ethics.

“It was sort of accidental,” Hazard said. When he joined the faculty at the University of Chicago in 1964, Hazard also became executive director of the American Bar Foundation. “That plunged me immediately into the complexity of the American Bar Association,” he said, “which was undertaking to draft the code of professional responsibility. I was involved sort of on the side but very much interested in that project, so that’s what got me into it.”

His interest in civil procedure was also the result of happenstance. Boalt Hall had “an urgent scheduling problem” in 1958, Hazard said. He was scheduled to teach torts, but was assigned to teach civil procedure because of the staffing problem. “And that’s where I’ve been ever since,” he said. “It was a lucky break for me.”

Corrected day of death in first paragraph at 12:20 p.m.