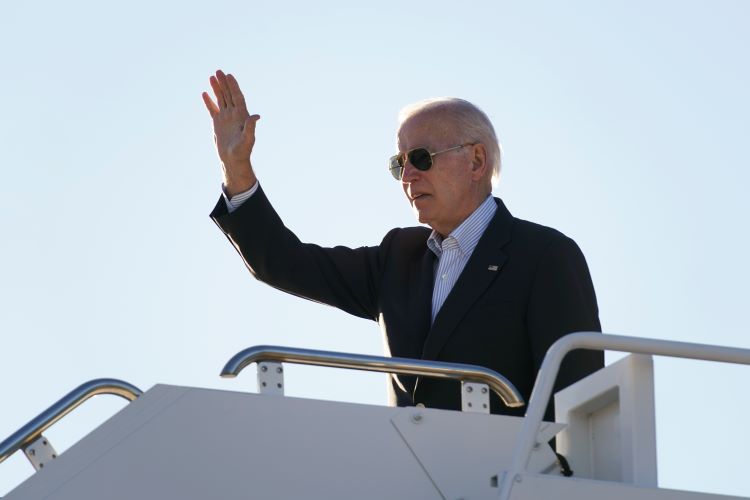 President Joe Biden waves before boarding Air Force One at the El Paso International Airport in El Paso, Texas, on Jan. 8 to travel to Mexico City. The U.S. Department of Justice is reviewing a batch of potentially classified documents found in the office space of Biden’s former institute. Photo by Andrew Harnik/The Associated Press.

The U.S. attorney for the Northern District of Illinois is reportedly conducting an initial investigation into the discovery of a small number of classified documents found by lawyers for President Joe Biden at the think tank office that he used after his vice presidency.

U.S. Attorney John Lausch of Chicago is conducting the investigation, report the New York Times, the Washington Post, Politico, the Chicago Sun-Times and CBS News, which broke the story.

Lausch was appointed to his position by former President Donald Trump. He stayed on the job after Biden took office at the request of the two Democratic senators from Illinois who wanted him to continue his investigation of Michael Madigan, who was the speaker of the Illinois House of Representatives at the time. Madigan has since been indicted for allegedly using his office for financial gain.

According to CBS News, the lawyers assigned to oversee Biden’s vice presidential records are Robert Lenhard, James Garland and Dana Remus, who was Biden’s former White House counsel. All three lawyers are listed as partners on the website of Covington & Burling (here, here and here). They did not reply to a request for comment by CBS News.

Lausch is one of only two U.S. attorneys still on the job after being appointed by Trump. The other, David Weiss of Delaware, is investigating Biden’s son Hunter Biden.