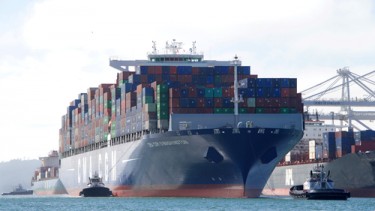 President Donald Trump has temporarily waived a shipping law called the Jones Act that some believed to be hampering shipments of supplies to Puerto Rico after destruction caused by Hurricane Maria.

The 1920 law requires goods shipped between U.S. ports to be carried on American-built vessels that are flagged to the United States and owned and operated by U.S. crews. The law was intended to strengthen the U.S. shipping industry. Critics say the law makes shipments to places such as Hawaii and Puerto Rico more expensive.

The Department of Homeland Security initially said the law didn’t need to be waived because most humanitarian relief is delivered by U.S. ships. The agency said the main problem in Puerto Rico is that ports have been damaged in the hurricane. Shipments are still sitting on docks because of damaged infrastructure, Bloomberg News reports in a separate article.