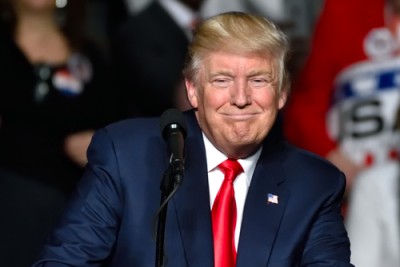 After a recent meeting with Kim Kardashian, President Donald Trump on Wednesday commuted a sentence of life without parole for a 63-year-old woman sent to prison more than 20 years ago for drug possession and money laundering.

Kardashian had met with Trump last week to push for clemency. “Best news ever!!!!” Kardashian tweeted in response to the news.

According to the White House, Johnson accepted responsibility for her past behavior and has been a model prisoner who acted as a mentor to her fellow inmates.

The meeting with Kardashian had been arranged by Trump’s son-in-law, Jared Kushner, who reportedly pushed for a pardon, according to anonymous officials who spoke with the Post in a story published Tuesday. John Kelly, the White House chief of staff, and White House counsel Don McGahn reportedly opposed a pardon.

One anonymous White House official had told the Post that Trump is obsessed with pardons, and he could grant a dozen or more of them in the next few months. Trump recently told reporters he is also considering pardons for TV personality Martha Stewart and a commutation for former Democratic Illinois Gov. Rod Blagojevich. Both appeared on Trump’s reality show Celebrity Appearance.

Blagojevich’s lawyers filed paperwork on Tuesday asking Trump to commute the former governor’s sentence, the Chicago Tribune reported. In an appearance on the Fox network on Saturday, Blagojevich’s wife, Patti, had said “it takes a strong leader like President Trump to right those wrongs” of prosecutors.

On Monday, the wife of former Trump foreign policy adviser George Papadopoulos said in a Fox News appearance that her husband should be pardoned. Papadopoulos pleaded guilty in October to lying to the FBI in connection with the special counsel’s probe of Russian influence in the 2016 election.

One of Johnson’s lawyers was Jennifer Turner of the ACLU. “I’m grateful to the president for allowing Alice to go home after 21.5 years in prison and to Kim Kardashian for her advocacy on Alice’s behalf,” Turner said in the release. “I urge the president to do the same for other federal prisoners serving extreme sentences that don’t match the offenses, while reforming our draconian sentencing laws that produce these senseless punishments.”