Trump: I wouldn't have appointed Sessions if I had known he would recuse in Russia probe 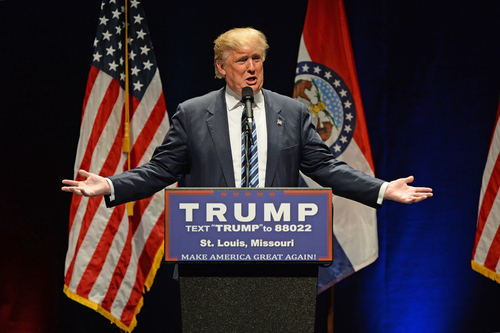 Updated: President Donald Trump told the New York Times on Wednesday that he would not have appointed Jeff Sessions to be attorney general if he had known Sessions would recuse himself in the probe of Russian attempts to influence the election.

“Sessions should have never recused himself, and if he was going to recuse himself, he should have told me before he took the job and I would have picked somebody else,” Trump said.

“Jeff Sessions takes the job, gets into the job, recuses himself, which frankly I think is very unfair to the president,” Trump added. “How do you take a job and then recuse yourself? If he would have recused himself before the job, I would have said, ‘Thanks, Jeff, but I’m not going to take you.’ It’s extremely unfair—and that’s a mild word—to the president.”

Sessions said on Thursday that he loves his job and will continue to serve “as long as that is appropriate,” the New York Times reports in a separate story.

Sessions had recused himself from any investigation involving the presidential campaign after revelations that he met twice last year with Russian ambassador Sergey Kislyak.

Trump said he didn’t think he was under investigation in the Russia probe.

Trump also criticized fired FBI director James Comey and added a new allegation, the Times reports. Trump said that, about two weeks before his inauguration, Comey briefed him on dossier compiled by a former British spy that contained unsubstantiated allegations about sexual escapades in Moscow.

“In my opinion, he shared it so that I would think he had it out there,” Trump said.

Trump also rebutted Comey’s claim that Trump had asked Comey whether he could end the investigation of former national security adviser Michael Flynn. Trump said he doesn’t “remember even talking to him about any of this stuff.”

His firing of Comey, Trump said, was “a great thing for the American people.”

Trump also lobbed conflict of interest allegations against several officials. Special counsel Robert Mueller had interviewed for FBI director before his appointment, and that was a conflict, Trump said. There other conflicts, Trump said, and he would elaborate at some point.

Trump also said it was a conflict for Deputy Attorney General Rod Rosenstein to recommend that Comey be fired, and then to appoint a special counsel to investigate whether Comey’s firing was an obstruction of justice. Rosenstein has said his memo wasn’t a statement of reasons for firing.