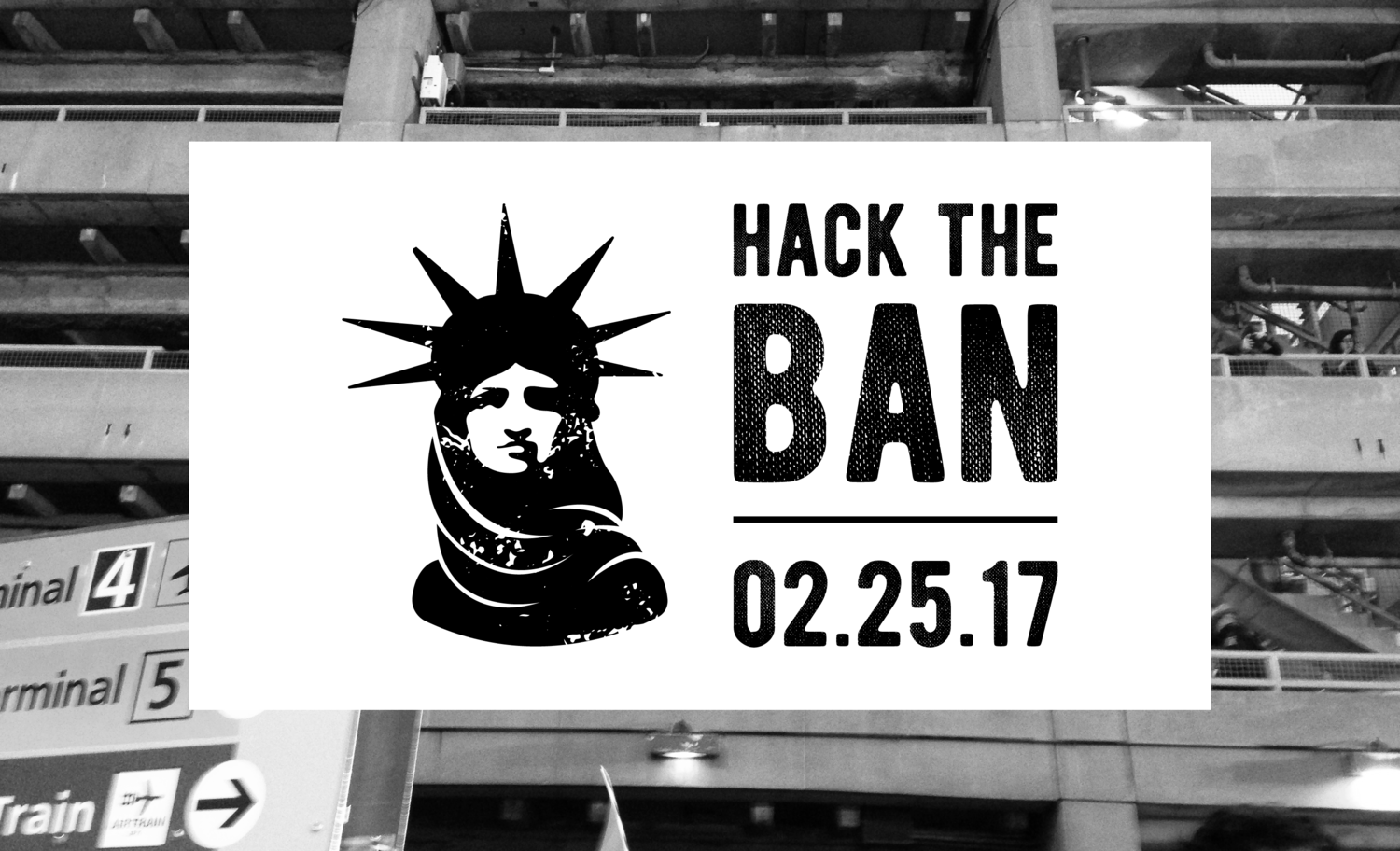 
Martinez’s friend Justin Hendrix was meeting with CUNY Clear, a project by City University of New York School of Law to help Muslim, Arab, South Asian and other communities in New York City with their unmet legal needs. Martinez was eager to help in any way she could, and became part of the wave of citizen action that followed Trump’s election.

“Some of the things we talked about were how students can collaborate with CUNY Clear by doing things like redesigning their website or helping them create ‘know your rights’ digital projects,” says Martinez. A designer who received her master’s degree from New York University in integrated digital media in 2016, she had long been interested in immigration law. Martinez had worked as a paralegal at the Florida Immigrant Advocacy Center (now known as Americans for Immigrant Justice) in Miami between college and graduate school.

They were talking about a semesterlong project until Trump issued his Jan. 27 executive order limiting travel to the U.S. from seven majority-Muslim countries and suspending the admission of refugees.

“We had a sense of urgency after the orders went into effect,” says Martinez. “We felt like maybe a semesterlong project wasn’t enough. We needed something immediate.”

With fellow NYU alums Sriya Sarkar and Helen Carey, Martinez organized Hack the Ban, a hackathon scheduled for Feb. 25 in Brooklyn. “With a hackathon, it’s only a one-day commitment and people can come by and work on something immediately,” says Martinez.

Several other organizations have come aboard as hackathon partners with CUNY Clear, including the Center for Constitutional Rights and the Urban Justice Center’s International Refugee Assistance Project.

More than 130 participants have signed up to take part in the event, which Martinez says reached capacity in two days.

“There are some folks coming in from the tech and design communities that have their own ideas and are welcome to come work on them,” she says. For instance, one focus of the event will be on how automated chatbots can better serve the immigrant community. Another proposed project would create a database visualizing all of the recent ICE raids around the country.

Not all projects will be tech-related. “Basically, the event is to help an organization with whatever needs it might have, “Martinez says. “So if they need help with messaging or with making protest signs, then that will also be a project.”

Because time was of the essence, the group, with volunteers from Avvo and Lawyerist, just wanted to put something online immediately with the expectation that it would be improved and fleshed out as time went on.

“The Law Practice Division Futures Committee and the ABA Center for Innovation did fabulous work producing a website in one afternoon that will help lawyers assist more people in need,” ABA President Linda Klein said at the time. “This is not a one-time project. This is a new model that will enable us to respond to events quickly—so the association and our members can make a difference for use in future emergencies.”

Meanwhile, Seattle immigration attorneys Greg McLawsen and Takao Yamada, along with some people at Clio and Neota Logic, worked feverishly to create Airport Lawyer. Like others in the immigration field, McLawsen had long known that the order was a possibility, but didn’t know that it had been issued until Joshua Lenon, a lawyer at Clio, texted him about it and asked if there was anything Clio could do to help.

McLawsen asked Yamada, who was volunteering at Sea-Tac airport, which one piece of technology would most aid attempts to deal with the travel ban. “He told me that they have no idea who is coming into the airport,” says McLawsen. “They would just walk up to someone who looked Middle Eastern and ask if they needed help. Admittedly that’s not a great way to deliver legal services.”

McLawsen came up with the idea to create a secure, public-facing online portal where people in the U.S. could give identification information about friends or family members that were flying in from one of the affected countries so that lawyers would know who to look for and what kind of help they might need.

Lenon used his connections with Neota Logic to get them on board to help build the portal. “We pulled it all together over Super Bowl weekend, set up a basic Squarespace website and launched it the following Monday,” says McLawsen.

Airport Lawyer is currently available at 17 international airports, according to the website. McLawsen hopes to be in all U.S. international airports as soon as possible. “We’re sort of in legal limbo, now with the Ninth Circuit’s decision,” says McLawsen about the Feb. 9 decision to uphold an injunction against the travel ban. “So we might not have many issues with the travel ban in the foreseeable issue. However, we still want to have this tool in place in case something happens, like the Supreme Court reinstates it or they issue a narrower travel ban.”

For others, the recent political climate allowed long-term projects to take on greater meaning. The Immigration Advocates Network and the Pro Bono Network have been working for the better part of a year on immi, a website that would screen undocumented immigrants to determine if they are eligible for immigration benefits. “There are 1.5 million undocumented immigrants that are eligible for benefits, only they don’t know about it,” says Matthew Burnett, director of Immigration Advocates Network and member of Pro Bono Net. “This allows them to see what their options are and get individualized results based on their answers to certain questions and see what the next steps might be.”

Immi was recently added to Univision’s website so that the television network’s viewers could utilize it. For Burnett, it was confirmation of his organization’s tech-centric approach. Immigration Advocates Network and Pro Bono Net have produced other immigration apps in the past, including CitizenshipWorks, a mobile app that guides green card holders through the complicated citizenship process in the U.S. “I think all of our tools, both for advocates and immigrants are more important now than they’ve ever been,” says Burnett.