Trump is reportedly souring on Sessions, as his Monday morning tweets make clear 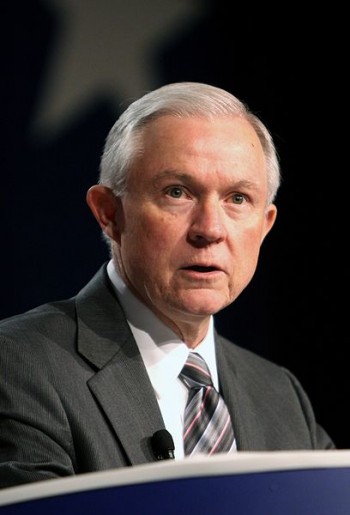 President Donald Trump’s Monday morning tweets criticizing the Justice Department for submitting a “watered down,” revised version of his travel ban to the U.S. Supreme Court are evidence of his increasing discontent with Attorney General Jeff Sessions, according to a New York Times report.

Trump “has grown sour on Mr. Sessions,” the New York Times reports, “blaming him for various troubles that have plagued the White House.” But the president is aware that firing anyone now, after controversy caused by his firing of FBI director James Comey, would be a risky move, sources told the Times.

The story, based on anonymous sources, says Trump “has intermittently fumed for months” over Sessions’ recusal from any investigations involving the presidential campaign. Trump learned about the recusal when he was at an event and felt “blindsided” by the decision, the article reports.

Trump viewed Sessions’ decision as the catalyst for the appointment of former FBI director Robert Mueller as special counsel investigating links between the Russian government and individuals associated with the Trump campaign.

Trump’s frustration on Monday puzzled many observers as he appeared to imply that the Justice Department was not part of the administration and had itself implemented the revised travel ban. “The Justice Dept. should have stayed with the original travel ban, not the watered down, politically correct version they submitted to S.C.,” Trump tweeted.

“The Justice Dept. should ask for an expedited hearing of the watered down travel ban before the Supreme Court & seek much tougher version!” Trump also tweeted.

Among those expressing concern are lawyers at the Justice Department, according to tweets by George Conway III, who withdrew from consideration to head the department’s civil division last week. The husband of Trump adviser Kellyanne Conway stressed that he still strongly supports Trump.

But George Conway said in a series of tweets that Trump’s use of social media certainly won’t help persuade a majority of the Supreme Court’s justices to uphold the travel ban. Conway said that “every sensible lawyer” in the White House Counsel’s office and “every political appointee” at the Justice Department would “agree with me (as some have already told me).”

Harvard law professor emeritus Alan Dershowitz told the Times that Trump’s tweets may have been voicing an institutional concern, rather than a personal issue with the attorney general.

“What he’s saying is, ‘I’m the president, I’m the tough guy, I wanted a very tough travel ban and the damn lawyers are weakening it,’” Dershowitz said. “I see this more as a client complaining about his lawyer. The lawyer in this case happens to be Jeff Sessions.”