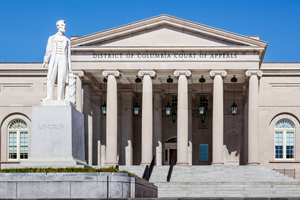 U.S. Court of Appeals for the District of Columbia Circuit building./eurobanks (Shutterstock.com.)

Katsas is a former Jones Day partner and a former Justice Department official in the George W. Bush administration. He was nominated to the U.S. Court of Appeals for the District of Columbia Circuit, report the Associated Press and BuzzFeed News. The White House announcement is here.

Katsas has argued more than 75 appeals, including a Supreme Court challenge to the Obama administration’s health care law. He is a former clerk to Justice Clarence Thomas.