Trump plans to place his businesses in a blind trust run by his children; will it resolve conflicts? 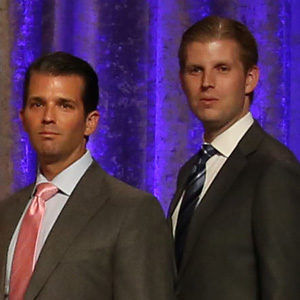 President-elect Donald Trump is planning to put his business interests in a blind trust run by his oldest three children, his lawyer says.

Lawyer Michael Cohen told CNN on Thursday about Trump’s plans for the blind trust run by his children. But is it really a blind trust? And will it resolve conflict of interest issues? Politico, CNBC, the International Business Times, MarketWatch and Bloomberg News have stories raising those questions.

Bloomberg News has details on some of the conflicts issues. Trump pays rent to the federal government to operate his new hotel in Washington, D.C.; his biggest lender is negotiating a settlement with the Justice Department; and he has licensing and management agreements for projects in foreign countries that may want to offer favorable terms in hopes of improving their standing with the U.S. government.

According to Politico,Trump’s plan does not meet the legal definition of a blind trust because the assets will not be managed by an independent party and Trump could have knowledge of decisions being made. Trump himself raised the issue at GOP candidate debate in January.

“Well, I don’t know if it’s a blind trust if Ivanka, Don and Eric run it,” he said. “I don’t know. But I would probably have my children run it with my executives and I wouldn’t ever be involved because I wouldn’t care about anything but our country, anything.”

Norm Eisen, a visiting fellow at Brookings Institution, told Bloomberg that in setting up a true blind trust, Trump would have to liquidate his assets and appoint an independent trustee to oversee them. But that would be virtually impossible given the nature of Trump’s businesses, he said.

Trump could limit perceptions of conflict, Eisen said, by appointing an independent CEO, cutting off communications with executives, and taking his children out of leadership positions. 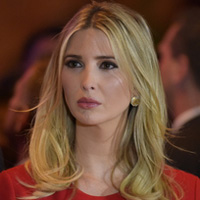 MarketWatch points out that Trump isn’t required to put his assets in a blind trust. Ethics laws that apply to government employees and cabinet members generally don’t apply to the president. He will have to disclose assets, however, under the Ethics in Government Act.

Trump might even be able to engage in self-dealing without violating statutes, according to Robert Kelner, chair of the election and political law practice group at Covington & Burling. “I can’t actually think of any existing legal restrictions on his engaging in self-dealing other than the rules that are specified in the Constitution,” he told Bloomberg.

In the CNN interview, Trump’s lawyer Cohen acknowledged there will be critics. “Will we be able to appease everybody? The answer is no. No matter what the man does. He can’t appease everybody,” Cohen said. “But everything will be done legally. He’s not interested in the company anymore. He said it yesterday in front of a whole group of people. He’s interested in fixing America.”