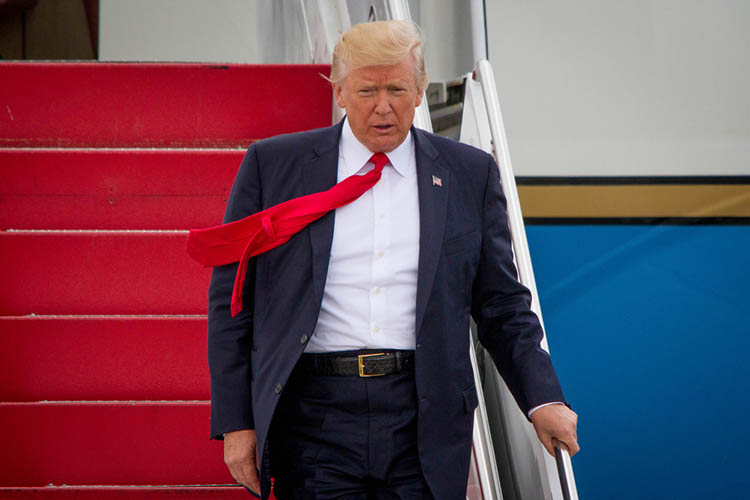 Trump simply answered “no” when a reporter aboard Air Force One asked if he knew about the payment, report the Washington Post, the Wall Street Journal and the New York Times. He also said he didn’t know where his lawyer, Michael Cohen, got the money.

One reporter asked why Cohen made the payment, and Trump replied, “You’ll have to ask Michael Cohen.”

Cohen has said he used his own money to pay Daniels, who had signed a nondisclosure agreement that she is now seeking to void because Trump himself did not sign it. Cohen said in February that neither the Trump Organization nor the Trump campaign had reimbursed him for the payment, but he didn’t answer questions about whether Trump or someone else had reimbursed him.

One reporter asked Trump on Thursday if he had set up a fund that Cohen could “pull from.” Trump ignored the question and turned to another reporter.