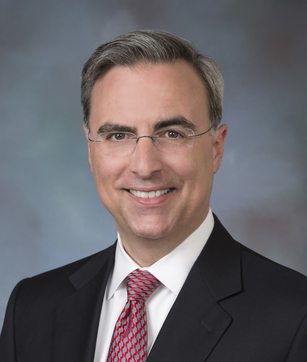 Updated: President Donald Trump said Tuesday that he will name commercial litigator Pat Cipollone as his next White House counsel when Don McGahn leaves the job.

Trump announced his decision in an interview with the Associated Press. Prior coverage by the Wall Street Journal, the National Law Journal, the Washington Post and Politico had reported that Cipollone was Trump’s likely pick.

McGahn reportedly left the job on Wednesday, according to the Washington Post and the New York Times, which relied on anonymous sources.

Cipollone is a partner at Stein Mitchell Cipollone Beato & Missner in Washington, D.C. His law firm bio says he has worked on complex matters, including disputes involving government agencies, and in litigation involving corporate crisis management and substantial media attention.

Cipollone is a former partner at Kirkland & Ellis who worked in the Department of Justice in the George H.W. Bush administration. He is a co-founder of the National Catholic Prayer Breakfast and serves on the board of directors of the Catholic Information Center.

Tom Yannucci, former Kirkland chairman, told the Washington Post that Cipollone has “blazing smarts” and is “a master at handling high-stakes cases.”

Politico said Cipollone will be taking on the White House counsel job at “a pivotal moment.” The publication says the White House counsel’s office “has been beset by departures, including several of its top deputies.” He also may have to deal with congressional investigations of Trump if Democrats win control of the House.

Updated on Oct. 18 to report that McGahn reportedly left the job on Wednesday.