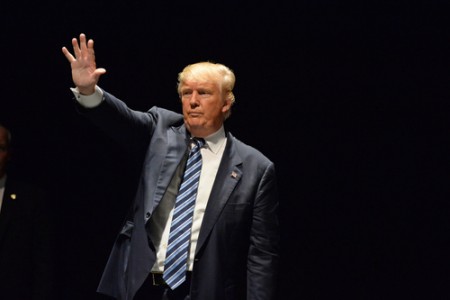 Trump characterized his order as a way to restore jobs in the coal industry, the New York Times, the Washington Post and Law360 (sub. req.) report.

“My administration is putting an end to the war on coal,” Trump said Tuesday. “With today’s executive action, I’m taking historic steps to lift the restrictions on American energy.”

The Times points out that the Clean Power Plan has not taken effect because of a Supreme Court stay. A federal appeals court is reviewing the EPA’s power to adopt the plan.

The order doesn’t address the United States’ participation in a 2015 Paris agreement committing countries to pollution reduction. But if Trump’s order is carried out, the United States will likely be unable to meet its commitment, the Times reports.

New York Attorney General Eric Schneiderman said in a press release that he led a coalition of 23 states, cities and counties that opposed the Clean Power Plan rollback. In a statement, the coalition vowed to protect those it serves, “including by aggressively opposing in court President Trump’s actions that ignore both the law and the critical importance of confronting the very real threat of climate change.”

Lawyers on both sides of the issue were planning their response even before the announcement, Texas Lawyer (sub. req.) reported.

“EPA should be afforded the opportunity to fully review the Clean Power Plan and respond to the president’s direction in a manner that is consistent with the terms of the executive order, the Clean Air Act, and the agency’s inherent authority to reconsider past decisions,” the motion said. “Deferral of further judicial proceedings is thus warranted.”

The lawyers expect the Trump administration to ask the D.C. Circuit to halt consideration of the case. The lawyers will have to justify the change in position, according to Bracewell partner Jeffrey Holmstead, who spoke with the Washington Post.

Mary Whittle, a staff Attorney for EarthJustice, told Texas Lawyer that her group “will respond appropriately” when the administration files something in court.