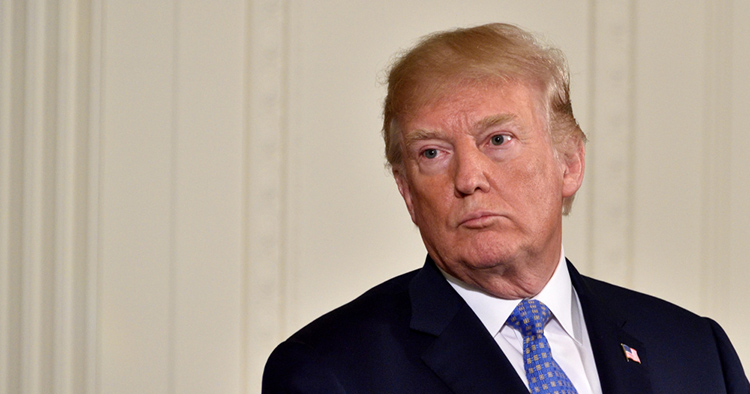 Lawyers for President Donald Trump rejected special counsel Robert Mueller’s proposal for an interview Wednesday and made a counteroffer.

According to the New York Times, the counteroffer “suggested a narrow path for answering questions.” An anonymous source told the Times that Trump’s lawyers do not want the president to answer any questions about obstructing justice. Anonymous sources similarly told Fox News that the letter would largely reject any interview that included obstruction questions.

Trump’s lawyer, Rudy Giuliani, previously told CNN that there would be a counteroffer. He said the lawyers would be willing to accept obstruction questions if they were not “perjury traps.”

Another lawyer for Trump, Jay Sekulow, said on his daily radio show Wednesday that the Trump team’s response “is thoughtful and includes issues raised under the Constitution,” Bloomberg News reports. He also said the response has “well thought-out legal positions that have implications not just for this president, but for the presidency.”

Giuliani told the Times and Fox News in a statement that the response is “restating what we have been saying for months: It is time for the Office of Special Counsel to conclude its inquiry without further delay.” He also referred to “millions of pages of documents” that have already been provided to Mueller.

Trump’s lawyers have been negotiating over interview terms for eight months. Mueller’s team had agreed last week to narrow the scope of questioning but still wanted to include obstruction questions.

The longtime negotiations could lead Mueller’s team to conclude Trump’s lawyers are negotiating in bad faith to prolong the investigation, the Times points out. Mueller has previously threatened to subpoena the president.