Trump's pick for FBI director says no one asked for a loyalty oath, and he isn't 'faint of heart' 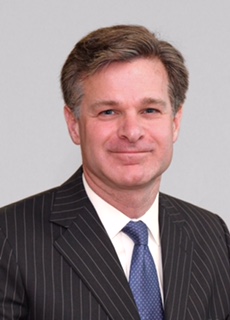 Wray said he was never asked for a loyalty oath, “and I sure as heck didn’t offer one.” Wray said his loyalty “is to the Constitution and the rule of law.” The Washington Post, USA Today, Newsweek, the Los Angeles Times and the Guardian are among the publications with coverage. Politico posted a copy of his prepared remarks.

Wray said that if the president improperly tried to get him to drop an investigation, he would try to talk the president out of it and, if that didn’t work, he would resign. “There is not a person on this planet whose lobbying or influence could cause me to drop a meritorious and properly predicated investigation,” he said.

Wray said he didn’t believe the special counsel’s investigation into Russian influence was a “witch hunt” and he saw no reason to differ with intelligence assessments that Russia had interfered in the presidential election.

“I say any threat to interfere with our election system from any nation-state is the kind of thing the FBI would want to know,” Wray said.

Graham asked Wray whether he understood he would become FBI director at one of the most contentious times in American politics. “This is not a job for the faint of heart,” Wray responded. “I can assure the committee that I am not faint of heart.”

Wray is a King & Spalding partner who formerly oversaw the Justice Department’s criminal division during the George W. Bush administration. Wray revealed in disclosure forms that he has earned $9.2 million from his law firm partnership share since January 2016.