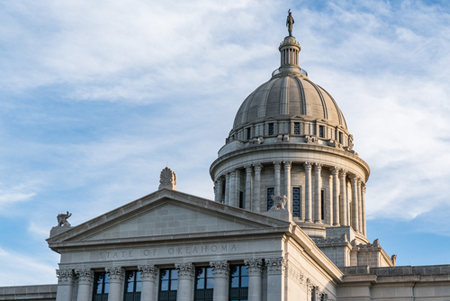 A Tulsa adoption lawyer who wants a legislative solution to Oklahoma’s “educational funding nightmare” hopes a brigade of 100 female attorneys can make a difference.

Lawyer Becki Murphy wrote about her plans for a march to the Capitol in a viral Facebook post, the Tulsa World reports.

The lawyers will meet Monday at the Oklahoma Bar Association in Oklahoma City before marching to the Capitol to meet with lawmakers, Murphy told the World. The women will break up into small groups for meetings, where they will learn about educational funding problems and propose solutions.

Murphy’s post was shared more than 7,200 times in the first few hours after it went live. It reads:

“Dear Oklahoma Legislator: I, along with 100 female attorneys, will be coming to see you Monday. I am asking to meet with you and discuss a resolution to this educational funding nightmare. I feel like we can help you, collectively, come up with a resolution. But let’s be clear. There WILL be change. And it WILL be for the better for our children. As Nelson Mandela once said ‘there can be no keener revelation of a society’s soul that the way in which it treats its children.’ Let me be clear about one thing, we need change. And you will do it, or you have my word…. one of the 100 women by my side will file for your seat…. and we will do it for you. I prefer to work with you. It’s your choice if you will work with me.”

Several bills are pending before lawmakers, report Education Week and the Associated Press. One would impose a sales tax on internet retailers such as Amazon, which could raise about $20 million a year in education funding. The House passed the bill on Wednesday.

Another bill passed by the House last week would allow casinos to have ball and dice table games, which could raise another $20 million.

Another bill proposes eliminating the income tax deduction for capital gains, which could generate about $120 million.

Teachers are also fighting repeal of a motel tax.