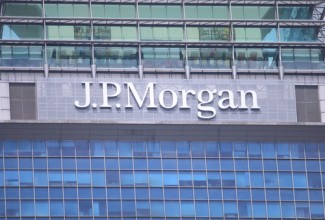 An error by a paralegal at Mayer Brown went undiscovered by higher-ups at the law firm as well as by lawyers at Simpson Thacher & Bartlett, erasing JPMorgan Chase Bank’s security interest in a loan to General Motors, a federal appeals court says.

Mayer Brown represented GM, so its client was unharmed by the error in the filing under the Uniform Commercial Code, according to Above the Law, which covered the Jan. 21 opinion (PDF) by the New York-based 2nd U.S. Circuit Court of Appeals. The New York Law Journal (sub. req.) also covered the decision.

The problems began when a partner at Mayer Brown instructed an associate to draft documents to release the bank’s security interest in $300 million in financing that GM was paying off, according to opinion. The associate asked a paralegal to search for UCC-1 financing statements documenting the security interest. The associate found the correct two documents, along with a third–the most important financing statement for an unrelated $1.5 billion loan by a syndicate of lenders for which JPMorgan Chase was the secured party of record.

“No one at General Motors, Mayer Brown, JPMorgan, or its counsel, Simpson Thacher & Bartlett, noticed the error,” though documents were sent to each organization for review, the appeals court said. A lawyer at Simpson Thacher had responded, “Nice job on the documents.” The mistake went unnoticed until GM’s bankruptcy in 2009.

The 2nd Circuit also rejected JPMorgan’s argument that Mayer Brown exceeded the scope of its authority when it included the erroneous termination statement.

A Mayer Brown spokesperson told the ABA Journal the firm declines to comment because the matter is in litigation.

After editorial review, headline was revised Jan. 23 to remove the word paralegal.