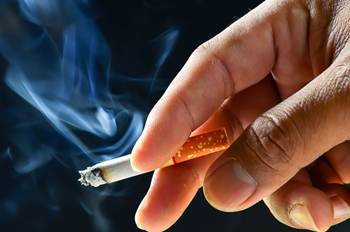 A panel of four federal judges has sanctioned two Florida law firms $9.1 million for filing more than 1,000 baseless claims against tobacco companies accused of hiding the dangers of cigarettes.

The Wilner Firm and Farah & Farah, both based in Jacksonville, filed 1,250 frivolous suits on behalf of “personal-injury plaintiffs” who had died before the suits were filed, people who never authorized the suits, people who never lived in Florida, nonsmokers, and people whose cases had already been tried, the judges said. First Coast News and Law360 (sub. req.) covered the order.

The defects were first discovered in 2012 after the court sent questionnaires to the named plaintiffs. A special master was then appointed to investigate.

The 588 personal injury actions filed for dead plaintiffs should have been filed as wrongful-death or survival actions, the court said. Yet the complaints never suggested the plaintiffs had died. To the contrary, the court said, the lawyers “insisted that they were in contact with their clients.”

The law firms “are held to account for the immense waste of judicial resources and contempt shown for the judicial process occasioned by maintaining over a thousand non-viable claims,” the order says. “Counsel evinced a conscious disregard of their professional obligation to properly investigate such claims, obtain authorizations to file from clients, and—most importantly—communicate honestly with this court.”

The $9.1 million sanction is to compensate the court itself, according to the order. The judges arrived at the figure partly based on the estimated cost of about $7,000 for each frivolous lawsuit, and the more than $435,000 estimated cost of the special master.

The 1,200 lawsuits were among 3,800 the two firms filed after the Florida Supreme Court decertified a tobacco class action and overturned a $145 billion award to the class. The state supreme court said, however, that the original jury’s findings on causation and fault could be used by individual plaintiffs.

The tobacco suits were known as Engle cases because the name plaintiff in the tossed class action was Howard Engle. Tobacco companies resolved the individual suits by setting up a multimillion dollar fund.

The special master and the judges recommended an ethics investigation by the Florida Bar.

The judges found the law firms would be able to pay the sanction out of their portion of $45 million in attorney fees in the tobacco cases that were being held in escrow.

The sanction may be unprecedented, the order said. “Equally unprecedented is a lawyer filing 1,250 frivolous lawsuits, followed by years of maintaining those cases through obfuscation and recalcitrance,” the judges wrote.

Daniel Kearney Bean of Holland & Knight is one of the lawyers representing the firms. He told Law360 his clients respectfully disagree with the order.

“They have dedicated their professional careers to the representation of those in need and will continue to do so,” Bean said. “Without lawyers willing to take on difficult cases against formidable opponents, more preventable injuries and deaths will occur. They will remain zealous advocates for their clients while respecting the role of the judiciary.”